Scenes from a marathon

Ethel String Quartet and Lionheart performing the otherworldly John the Revelator by Phil Kline. (All photos by SPM except as noted. All rights reserved.)

Ryuichi Sakamoto plays with reflections as he takes the podium to lead the Bang on a Can All-Stars. (Photo by Christine Maurus)

Sakamoto at the piano, performing an untitled solo piece.

The Bang on a Can Marathon, held at the World Financial Center’s Winter Garden in Battery Park City on Sunday was an amazing 12-plus hours of music, leaning more toward the classical side this year.

More photos after the jump.

Henry Grimes and Andrew Cyrille kick it oldschool, with no attitude and plenty of chops. 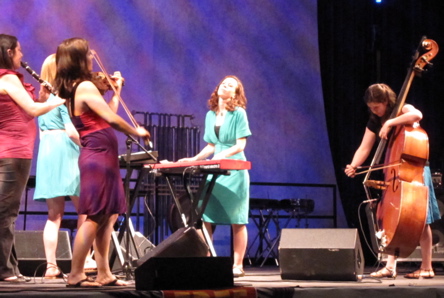 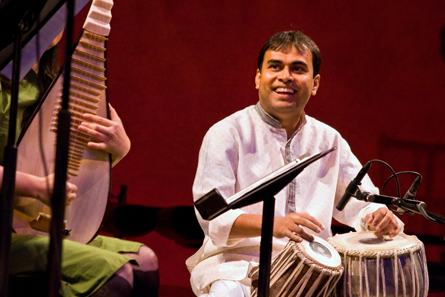 Jeppe Just Christensen, one of the many Danish musicians to participate in the Marathon this year, performs Braun KSM2, for amplified coffee grinders. 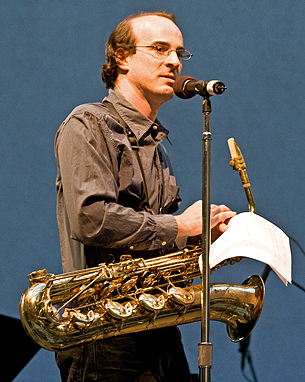 Chicago's postrock ensemble Tortoise wrapped up the show with a jazz-inflected performance accompanied by videos.

This entry was posted in Contemporary Classical, Music. Bookmark the permalink.

2 responses to “Scenes from a marathon”