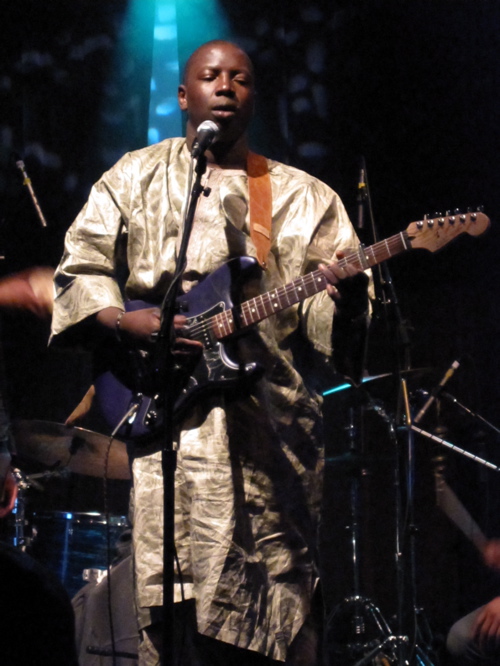 Vieux Farka Touré showed New York on Saturday night that you can maintain tradition and still rock. Vieux and his band played a tight set to an audience at the Highline Ballroom that was enthusiastic despite the remarkably early hour. (The show started before 7:30 and was done by 10:15, a time at which typical African bands would just be getting warmed up!

Vieux carries on the Malian blues tradition style popularized by his father, Ali Farka Touré, but adds a few more modern elements. The result was an incredibly spirited show that had the crowd moving all night!

The BLK JKS (prounounced Blackjacks) from South Africa, played a reggae-tinged fusion-style music. While their sound was very different than Vieux’s, the two bands managed to come together at the end of the night to play “Sarama,” a tune from Vieux’s latest album, Fondo, ending in a friendly guitar battle — plagued by technical difficulties — between Vieux and BLK JKS guitarist Lindani Buthelezi. 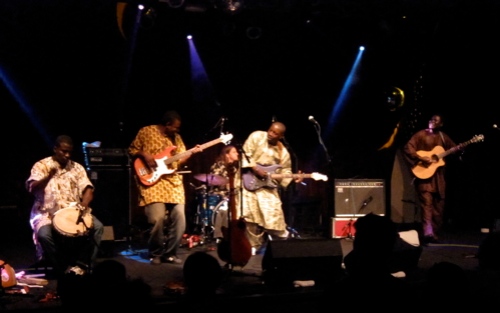 The music dances and so does the band. 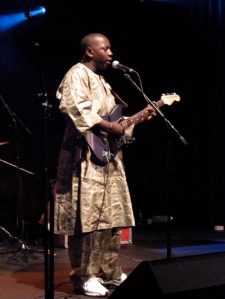 Vieux dressed for tradition, except for his footwear!

The BLK JKS open the show. 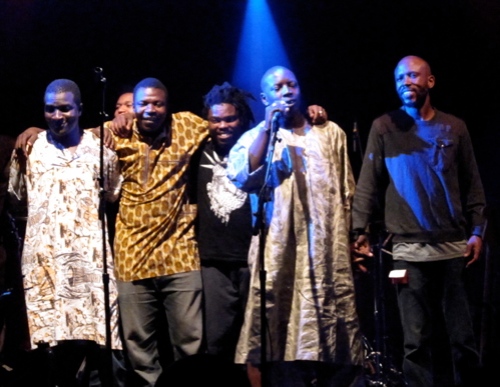 Vieux with members of his band and the BLK JKS.

This entry was posted in Uncategorized. Bookmark the permalink.

One response to “Vieux Farka Touré at the Highline Ballroom”