Stew and Heidi are working on a Passing Strange followup

Stew outside the Belasco Theatre after the final performance of Passing Strange. (Copyright 2009, Steven P. Marsh)Attention, Strange Freaks! Stew and Heidi are at work on a new show.

Attention Strange Freaks: Stew and Heidi are at it again!

Stew, who won a 2008 Tony Award for the book of the hit rock musical Passing Strange, and Heidi Rodewald, who co-wrote the music, have another show in the works!

Stew, who has repeatedly and vigorously made it clear in song and speech that he’s glad he’s not on Broadway anymore, never said he wouldn’t write another play. But his grueling Broadway experience made him realized that  if he did another show, he would not write himself into it. (Passing Strange is a fictionalized version of Stew’s coming of age, in which actor Daniel Breaker portrayed Stew under Stew’s watchful eye as narrator.)

Stew talks about the work in progress in a new interview with Theatermania.com, revealing that Joanna Settle will direct the show at NYC’s Public Theater, a venue that played a pivotal role in the creation and nurturing of Passing Strange.

Stew and Settle aren’t strangers. Stew recently composed the music for a site-specific outdoor production of Shakespeare’s A Midsummer Night’s Dream that Settle is directing for Shakespeare on the Sound in Connecticut.

I had wanted to work with the director Joanna Settle, who is also going to be directing the new work at the Public that Heidi Rodewald and I are doing. And, of course, working with Shakespeare’s words is like a great vacation for me. I like nothing more than writing music. I don’t particularly like writing lyrics or books or prose, but music is a joy for me. I’m like a kid with a basketball; it’s not really work. I love that people think it’s work, but the truth is it’s fun. Making words, that’s a job. … [The new show in the works] has nothing to do with me. I mean, I’m writing it so it has something to do with me, but the subject matter doesn’t. We’re having fun with a few historical figures, and that’s about all I can say about it at this point except that it’s music-oriented. I have not cast myself in it because I now have the brains to know I won’t be able to get anything done if I am trapped in a play.

The interview doesn’t answer the question of when the show will be staged. So it’s likely that Strange Freaks — as members of the Passing Strange family are known — will likely have to wait awhile to see it. But, as with Passing Strange, Stew will almost certain try out the songs in his upcoming concerts. Passing Strange, for instance, was developed in part from his Travelogue shows back in 2004.

(For the full interview, visit Theatermania.com. Thanks to Bill Bragin (@activecultures) for bringing it to my attention.)

Luckily,  Strange Freaks won’t have to wait for that show to get another dose of Stew and Heidi. Keep reading for all the details.

The first opportunity, of course, is Shakespeare on the Sound, where Stew’s music will be heard working with Shakespeare’s words. 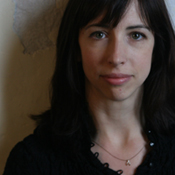 Settle, who’s in her first year as artistic director of the outdoor Shakespeare program, says, Stew’s artistic stamp with be all over the evening:

“Stew [was] in the studio in LA for a week with his musicians and engineer creating not only seven beautiful new songs with lyrics from our play, but an extraordinary library of orchestral compositions for us to theme the evening with. Shakespeare’s magical story, Stew’s music, a picnic and a bottle of wine. What a great summer night!”

A studio recording of Stew’s compositions for the play will be released July 21, and will be available for pre-order at the shows.

On Aug. 5, a composition by Stew and Heidi will get its world premiere performance by the Asphalt Orchestra, a new marching band created by Bang on a Can for Lincoln Center Out of Doors.

Later that month, on Aug. 19, Stew and Heidi will be onstage at Lincoln Center Out of Doors, performing with The Broadway Problem, a band name they used for an Alice Tully Hall show earlier this year.

A Midsummer Night’s Dream runs nightly, except Mondays, through June 28 in Rowayton, Conn., and will follow the same schedule from July 4-12 in Greenwich, Conn. Performances are outdoors and admission is free, though a donation of $20 is suggested. Click here for a schedule and other information.

The Lincoln Center Out of Doors shows are presented in Damrosch Park on the Lincoln Center Campus. Click here for more information. The Asphalt Orchestra concert is 7 p.m. on Aug. 5, with repeat performances on Aug. 6-9. (Each night’s program will be different, and hasn’t yet been set, so it’s not yet clear whether Stew and Heidi’s piece will be performed every night.) The Broadway problem show starts at 7 p.m. on Aug. 19. Free.