Will you be in North Adams for Wilco’s Solid Sound Festival?

Are you joining Will You Miss Me When I’m Gone? in North Adams, Mass., today for the beginning of the second annual edition of Wilco’s Solid Sound Festival?

If you haven’t decided yet, it’s NOT TOO LATE. So all of you last-minute types should definitely keep reading.

Wilco at the 2010 Solid Sound Festival.

As it did last year, it’s taking over the campus of MASS MoCA, the fantastic contemporary art museum that has made this struggling former factory town a destination for lovers of art and music.

And the best thing for you last-minute types is that passes are still available for $124.50. Unlike last year, single-day tickets are also available at $65 for today or Sunday and $78 for Saturday.

Click through to the jump for more photos from last year’s festival and more info about this weekend’s activities. 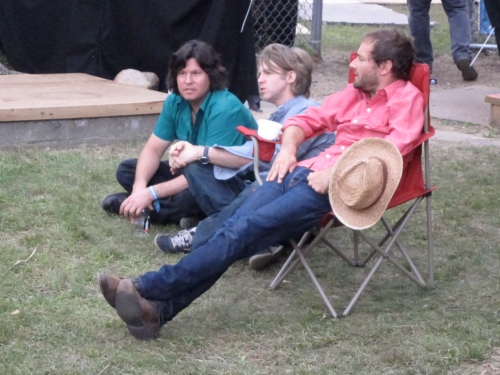 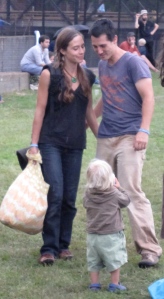 Nick Zammuto of The Books, a North Adams based band, at the 2010 Solid Sound Festival.

The festival gates open at 3 p.m. today and the first event is at 4.
Wilco does a headlining set tonight and tomorrow, with The Levon Helm Band closing things out Sunday. Other musical performers include:

After all the festival events finish on Saturday, the music is only getting started. Downtown North Adams will come alive, with restaurants, bars and shops staying open late, and a great performance by our friend and North Adams resident, violinist Todd Reynolds and DJ Spooky (aka Paul Miller) at midnight under the iconic Mohawk Theatre marquee.

Plus there’s plenty of art, food and drink on the museum campus and around town. This festival is not to be missed. 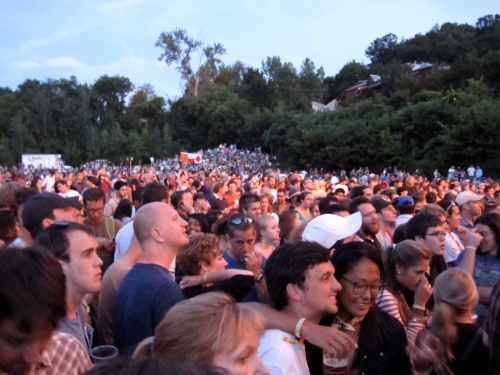 The crowd waits for a Solid Sound show on Joe's Field.