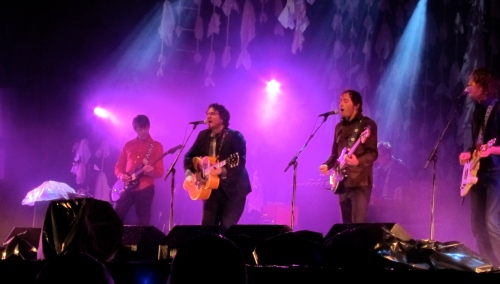 Will You Miss Me When I’m Gone? got off to a late start for the 2011 Solid Sound festival in North Adams, Mass. So we missed Purling Hiss, the first band of the weekend, on Friday afternoon, June 24. 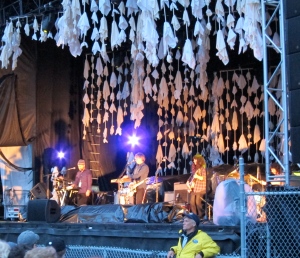 But we made it to MASS MoCA in the Berkshires in plenty of time to catch the two big shows of the day, Neil and Sharon Finn‘s Pajama Club and the headlining set by Wilco, the band that made the festival happen.

The Pajama Club plays fun, no-worries pop. We didn’t know much about the band before arriving in North Adams, but discovered to our joy that the New Zealand band’s drummer is Alana Skyring, who until the beginning of this year was a member of one of our fave bands The Grates from Australia.

It was a great pleasure to hear a band like Pajama Club just rock out and have fun. It was also wonderful to see that the Wilco crew would continue last year’s Solid Sound tradition of mixing it up with the non-Wilco bands. Wilco drummer Glenn Kotche joined Pajama Club during its set.

Wilco kept the crowd fired up with a long set of more than two dozen songs drawn from its deep repertory.

The band played both tunes from the new single, I Might — “I Might” and the B-side, “I Love My Label.” It was kind of amusing to hear some people in the crowd talk about what a great Wilco song “I Love My Label’ is. While it may have direct application to Wilco’s relationship with the recording industry, it is most definitely not a Wilco song. It’s a cover of a Nick Lowe song from his 1978 album Jesus of Cool.

The music was a great accompaniment to the news during Wilco’s set that New York’s Senate had just approved same-sex marriage legislation by a vote of 33-29. It was signed into law by Gov. Andrew Cuomo just before midnight. 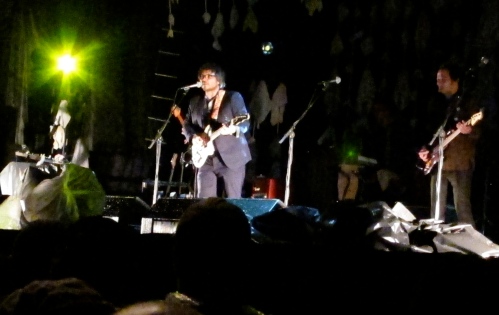 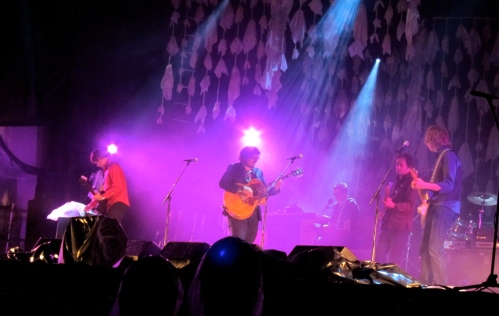