Holsapple and Stamey: Yes, The dB’s really are recording again! 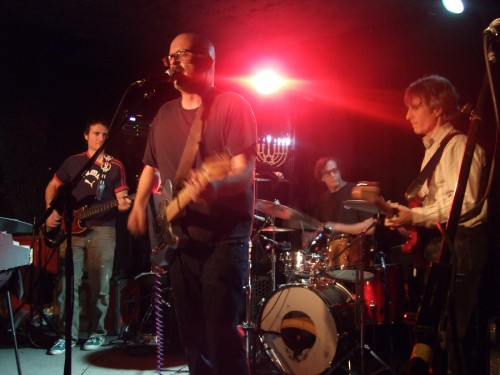 While it holds out promise, it’s very much NOT a dB’s album. It’s a followup to Mavericks, the album the pair made 18 years ago.

Now Magnetmagazine.com, which Holsapple and Stamey are guest editing for a week, confirms what has been rumored for some time: The pair have really have begun recording again with The dB’s original bassist Gene Holder and drummer Will Rigby.

If there’s an album, a tour will certainly follow, right? Well, let’s not get ahead of ourselves. There’s no guarantee. But the guys do seem to enjoy playing live, so it seems likely.

This is not the first time that reunion-album news has popped up. And The dB’s have done a few reunion gigs here and there.

But given the direct involvement of Holsapple and Stamey in these reports, it seems pretty likely that we really will be hearing a dB’s album sooner rather than later.

This entry was posted in Music, Pop and Rock. Bookmark the permalink.