We’ve all heard the expression “always leave them wanting more” many times.

Whether in the context of showbiz or romance, the quote — attributed, with a great degree of uncertainty, to Walt Disney and P.T. Barnum — always seems applicable. 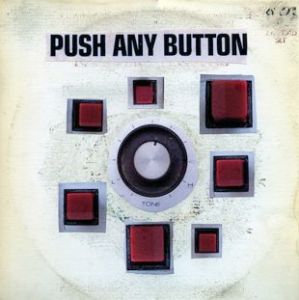 Singer-songwriter Sam Phillips (the sexy former “Christian Cyndi Lauper” formerly known as Leslie Phillips) must have taken that to heart when she cut her new, self-released album, Push Any Button.

It clocks in at a splendidly listenable 29 minutes, with 10 tracks. And it definitely leaves them wanting more.

Her resolved wavered, though, after she finished the album.

On June 29, she emailed her fans about the album — and revealed her uncertainty:

My new album, Push Any Button, clocks in at 29 minutes.  Because I’m listening to more vinyl these days 29 minutes seems to be just the right length for an album.

But I’ve decided to go back into the studio this week to record some extra tracks exclusively for listeners who purchase Push Any Button from samphillips.com in any format.  I also want to give you these free digital tracks as a thank you gift for supporting my first self-released studio album.

Happy summer and all the best from Sam

Sam Phillips recently posted on her Facebook page this picture of her performing at Maxwell’s in 1988 with singer-songwriter Mark Heard on guitar.

Bonus tracks or no, a short album wouldn’t stop fans, who love her personal songwriting style, jangly and often jaunty guitar work and laconic delivery in a dry, slightly sandpapery voice that worms its way into the listener’s brain.

Some have criticized Phillips’ 10th album, calling her out for lacking “oomph.”

Phillips’ strength is in making music that seems effortless on the surface, but ultimately grabs your imagination and becomes unshakeable. Most of Push Any Button does exactly that, and does it extremely well.

Two of the strongest tracks on the album are “Things I Shouldn’t Have Told You” — with lines like “The dead are alive/sometimes more than the living” — and the sassy “You Know I Won’t” — “You think you can keep me blind/make me wait to make up your mind/but you know I won’t.”

She clearly remembered what she learned about music during her marriage to the legendary T-Bone Burnett, because her self-produced albums (this is her third) have been just as strong, if not as widely known, as Martinis and Bikinis, the Burnett-produced album (released in 1994, rereleased in 202) that really put her on the radar for many music fans.

Phillips hasn’t been playing live very much lately. As she’s geared up for the release of the new album, she’s focused on visual art, offering repurposed record jackets for sale through her website. Here’s a video about her art, with her description below:

As some of us have finally sold or given away their vinyl records, many of us have started collecting them; I think this is a beautiful circle. To celebrate this I took some of the orphaned record jackets I found and made them into collaged covers for the release of my new album, Push Any Button. This repurposing fits these 10 songs, which look at the future through the past.

So listening to Push Any Button will have to satisfy my jonesing for Phillips until she decides to do some shows. (Her website is totally focused on the new album, and doesn’t even have a tour section at the moment.)

So her strategy is working for me. I’m wanting more. I can hardly wait for those bonus tracks.

Push Any Button‘s official release date is Aug. 13. But you can get it directly from Phillips’ website right now by clicking or tapping here (http://samphillips.com/store).