Nick Katzman’s got the country blues 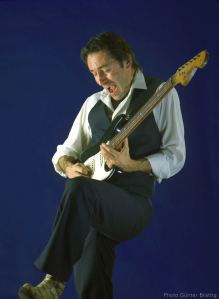 Terri Thal, a friend with impeccable musical taste — and who knows the Greenwich Village folk and blues scene of the Sixties through her personal involvement with some of the giants of the era — says there’s another show tomorrow night that’s not to be missed.

The artist in question is New York City-born country bluesman Nick Katzman. And judging from what I’ve read and heard, Terri is on the money.

Decisions, decisions! I can’t be in two places at once. But if I could be, I’d be in Piermont for Jon Pousette-Dart and at Brooklyn’s Good Coffee House to hear Katzman.

I’ll get out of the way and let Terri tell you the rest:

Nick Katzman is fantastic! A few years ago, friends said I had to hear him, so I went to his annual Brooklyn performance, figuring I would mumble nice phrases about him. I didn’t have to mumble anything — the guy was wonderful!

He’s gotten even better. His music has texture and depth. He studied with Reverend Gary Davis, Mississippi John Hurt, Mance Lipscomb and some younger musicians, and became a virtuoso guitarist and master of a lot of styles. Now, his mix of traditional blues, ragtime and his own songs takes me back to when folksingers played because they loved the music and listeners listened because we loved where the music took us.

Nick lives in Germany, where he plays concerts, festivals, clubs. Just completed a new CD. He’s in the US for a short while. When he performs, he’s joined by Thomasina Winslow, a young, also wonderful blues singer who lives in Albany and is building a large following there — for good reason.

If you miss this performance, you’ll have another chance to hear Nick when he comes back to the U.S. late in June or sometime in September for a special appearance in Rockland County.

Check out some mp3s of Nick and Thomasina here. Or watch them on video: