Jeff Buckley, the tragic rocker who lost his life in the Memphis River almost a dozen years ago (May 29, 1997) is finally getting a turn onstage in a theatrical mashup of his music and William Shakespeare’s story of Romeo and Juliet.

The result is The Last Goodbye, an adaptation by NYC-based director Michael Kimmel. It will get three nights of concert readings at Joe’s Pub in New York City: May 11, 25 and June 1.

The cast comprises 14 young actors, two of whom I know — the fabulous Jo Lampert, who is artistic relations associate at Joe’s Pub, and the fantastic Ariela Morgenstern, a San Francisco native who made her off-Broadway debut last year in the acclaimed production of Adding Machine.

Check out these new Steve Reich radio interviews, conducted after his Pulitzer Prize win. This was posted today on Steve’s MySpace blog:

Reich on WNYC and NPR
Hi everybody,

Following the announcement of Steve’s 2009 Pulitzer Prize win Monday, Steve did three live radio interviews including a full-length recording of Double Sextet that you may want to check out. He shares his thoughts on Bartok, how Double Sextet almost didn’t happen, and what he thinks of all the bands and composers out there who have been influenced by “the Steve Reich sound.” 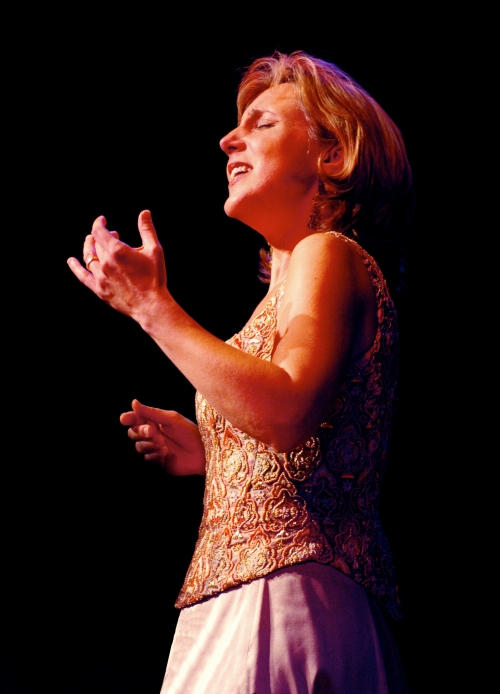 Dawn Upshaw is living proof that great sopranos don’t have to be divas. She is the most un-divalike soprano I’ve ever encountered. She seems calm and sweet and there are no press clips or other evidence of bad behavior on her part. And she has one of the sweetest, most supple voices in the business today. (It also doesn’t hurt that she’s adventurous and willing to tackle difficult music, like Gyorgy Kurtag‘s Kafka Fragments and new works, such as Osvaldo Golijov‘s Ainadamar.)

Upshaw’s also been very generous in sharing her vast experience with young singers. She signed on as artistic director of the Graduate Vocal Arts Program at The Bard Conservatory of Music back in 2004, and has been active at the conservators since the graduate program got off the ground in 2006. Next Wednesday, April 29, she’s giving even more of herself by headlining a concert that will raise funds for her program’s scholarship fund. The show starts at 7:30 p.m. at the Richard B. Fisher Center for the Performing Arts on the Bard College Campus in Annandale-on-Hudson, N.Y.

The Richard B. Fisher Center at Bard College.

Bard’s bucolic campus is a pleasant day trip from New York City up the Hudson Valley. It’s worth the trip just to check out the Fisher Center. It’s a spectacular gem of a Frank Gehry-designed hall — virtually a miniature version of Gehry’s Walt Disney Concert Hall in Los Angeles. And the Sosnoff Theater, the main auditorium where the program is being presented, has no bad seats and grand acoustics.

Here’s what’s on the program, according to a Bard press release:

The program features solo songs performed by Upshaw and an ensemble repertoire including works by Purcell (arranged by Britten), Schumann, Mendelssohn, Foster, and Copland performed by singers of the Graduate Vocal Arts Program, and accompanied by pianists of the Post-Graduate Collaborative Piano Fellowship and faculty of The Bard Conservatory of Music. …

The evening’s program includes songs from Orpheus Britannicus by Henry Purcell and arranged by Benjamin Britten; songs from Spanisches Liederspiel, Op. 74, and Liebhabers Ständchen, Op. 34, no. 2 by Robert Schumann; Herbstlied, Op. 63, no. 4 and Maiglöckchen und die Blümelein, Op. 63, no. 6 by Felix Mendelssohn Bartholdy; “Gentle Annie” and “Katy Bell” by Stephen Foster; and “The Promise of Living,” from The Tender Land by Aaron Copland, among others.