Three beautiful pieces of craft pottery by Henry Varnum Poor were sold by Rago Arts of Lambertville, N.J., in an auction of Modern Art this weekend. Each piece sold, but at the lower end of the expected price range. Perhaps the late artist’s son, Peter Poor, underestimated the impact of the weak economy on art buying.

Based on an interview with Peter in The New York Times last week, it appeared that this was just the first phase of selling off his father’s works. I for one am hoping that results of this weekend’s sale will slow Peter’s efforts, and but enough time for to convince him that preserving the majority of the collection intact for display at Crow House, the Poor family home and studio in New City, N.Y., is the right thing to do. It’s important to preserve Henry Varnum Poor’s legacy for future generations — and where better to house it than in the place where it was made!

Here are photos of the items, with Rago Arts predicted prices and the prices at which the items sold. 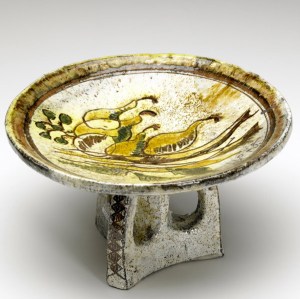 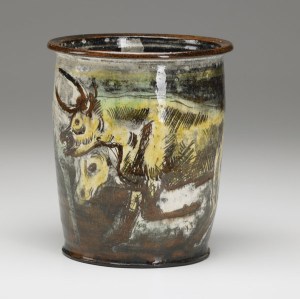 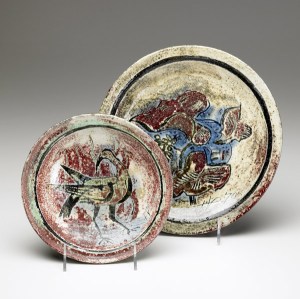 This entry was posted in Uncategorized and tagged Craft Pottery, Henry Varnum Poor. Bookmark the permalink.