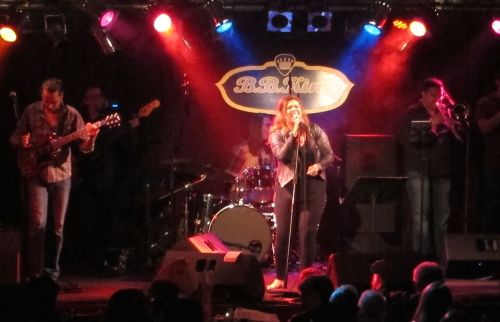 If you go to see Mary Bridget Davies‘ show at B.B. King’s Blues Club in Manhattan, don’t count on an evening of Janis Joplin.

If you do, you’ll be setting yourself up for disappointment, like the woman standing near me at the bar on Monday night. She was wearing a muumuu and a multicolored headband, which made her look like she was ready for a psychedelic Sixties sort of evening.

But when Davies kicked into a set that was heavier on non-Joplin songs, including some massive versions of some Amy Winehouse hits, the woman started getting antsy, asking people around her if they knew whether Davies would be doing “songs from the show” at some point.

Davies’ electrifying portrayal of the tragic blues-rocker in Broadway’s ill-treated “A Night With Janis Joplin” may be what put the bluesy powerhouse on the radar in New York. But it’s not what defines her show, which returns to B.B. Kings for two more Monday evening performances, on July 28 and Aug. 11. Tickets are $25 and $45, with doors at 6 p.m. for dinner and show at 8. 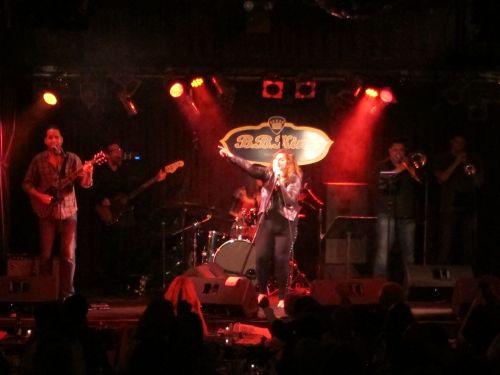 Davies delivered a powerful set on Monday night, spreading — starting and ending with Joplin numbers, and sprinkling one or two others (indluding “Today I Sing the Blues,” a number from the show that was performed by the Blues Singer character, not by Davies’ Joplin) into with a mix of songs made famous by Winehouse, Etta James, and others, along with a band original or two.

The fire that makes Davies such a perfect Joplin was evident on Monday. But she made no effort to channel Joplin or impersonate the unique star. Davies was simply herself, a giggly, charming presence, with no attitude. She delivered tune after tune at the top of her powerful longs in grand style, keeping the crowd well entertained.

My advice is that if you liked Davies in the Broadway show (criminally dissed by Tony voters and stabbed in the back by the producers who reneged on their promise to move it downtown to an off-Broadway house for a continued run), you’ll love her at B.B. King’s. Just go with an open heart and open mind, knowing it won’t be an all-Joplin night. It will be fantastic.

So, until the next show, you’ll have to be satisfied with this video taste of Davies, an a commercial for the Broadway show.