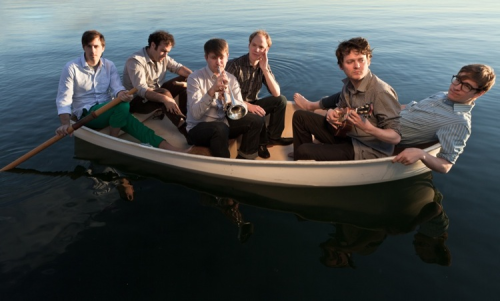 Wonder where Beirut has gone? Well, the band is finally back with a new album. The band’s publicist just announced that Beirut’s first full-length album in four years, The Rip Tide, is due for release Aug. 30. Bandleader Zach Condon is putting it out on his own label, Pompeii Records, “so as to keep total creative control.”

It’s tough to imagine that an artist-friendly label like Beirut’s longtime home, Ba-Da-Bing Records, gave Zach any difficulty when it came to creative control. But that doesn’t much matter, as long as we’e getting a new album. Which we are.

Here’s the press release, along with a link to a stream of one song from the dics. Plus a concert schedule:

The Rip Tide marks a dramatic and intimate shift from The Flying Club Cup (2007) and his “stop-off in Mexico” by way of the March of the Zapotec EP (2009). The album will feature “East Harlem” and  “Goshen,” which appear on the band’s  new limited edition single out NOW.

The Rip  Tide will be released internationally and independently on Pompeii Records (via Revolver in the US), a label started, and wholly owned by Beirut’s Zach Condon with no large label affiliation whatsoever, so as  to keep total creative control.

The Rip Tide track listing is as follows:

Beirut plays select US dates leading up to The Rip Tide’s release. More dates to  be announced.