Reconsidering the encore: Jeff Mangum at the Chris Knox benefit 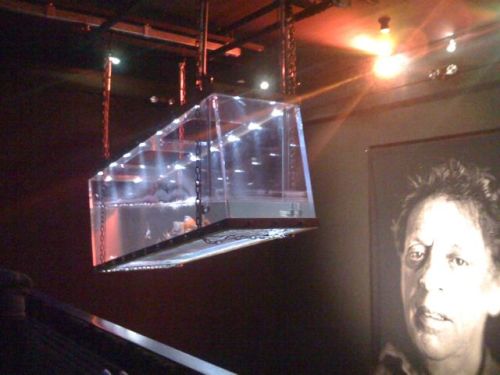 The lobby of (Le) Poisson Rouge, complete with fish tank.

Thursday’s magnificent Chris Knox benefit show at (Le) Poisson Rouge is one that will give music fans a lot to ponder for years to come — along with raft of great memories.

When I wrote yesterday that I wished Jeff Mangum had not done an encore to his spectacular mid-show set, I wasn’t criticizing him or his performance. After the encore was over, I was as thrilled as anyone in the crowd to have heard him do yet another song.  But before he started “Engine,” I was fearful that the perfect moment he created in his four-song set might somehow be damaged.

The Neutral Milk Hotel frontman seemed so happy to be playing in public to such an adoring audience that his return for an encore seemed natural rather than forced. I asked the show’s organizer, Ben Goldberg, about how it all happened organically. 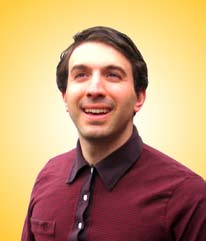 “It’s funny, I fully wasn’t expecting Jeff to play again once he got offstage,” Ben tells Will You Miss Me When I’m Gone? “He seemed both elated and relieved it was over.

“But then he heard people screaming and was like, ‘Should I do Engine? You think I should do Engine?’ So, it kind of felt like a true encore – not planned.

“In fact, Dimmer [the New Zealand band that played next] was already coming out to set up. I had to stop them so he could play!

“I know what you mean about the encore being a bit of a tag-on, but I don’t know…everyone singing along like they did…it seemed special in and of itself.”

The experience clearly blew away Ben — just like it did the rest of the crowd. “It’s terrible to be the organizer of a big show like that and feel completely emotionally drained halfway through!”