Stew, Heidi and The Negro Problem in world premiere at BAM 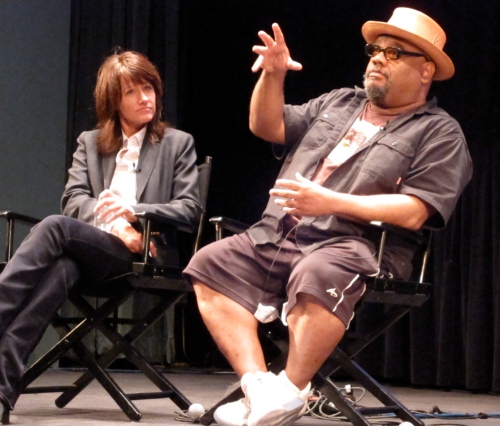 Stew and Heidi Rodewald, the creators of Broadway’s cult favorite Passing Strange, and this season’s Making It at St. Ann’s Warehouse will be back on the boards this fall with a show as part of the Brooklyn Academy of Music’s Next Wave Festival. 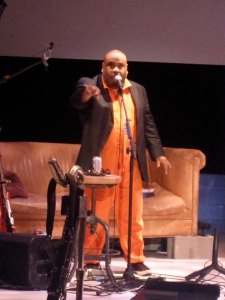 The show, called Brooklyn Omnibus, is billed as a 75-minute song cycle about the borough that Stew calls his part-time home (his girlfriend and their child live there) and where Heidi seems to have settled full-time. It’s scheduled to run Oct. 20-23.

Interestingly, the performers are listed as “Stew & The Negro Problem,” which could signal a return to form for the longtime collaborators. They’ve billed most of their band efforts in recent years as The Broadway Problem, or some other — I daresay more politically correct — variation on their original band name.

Looking for a way to enjoy the great outdoors today and get your dance on? Check out the free GlobeSonic Sound System dance party in Riverside Park today. The party starts on the early side, at 4 p.m., and runs until 11 on the Hudson River pier at 68th Street. This is the sixth season of GlobeSonic parties on the pier.

All you need to bring is your dancing shoes. And did I mention that admission is free?

We’ve been to GlobeSonic parties before, and they’re always a great mix of beat-heavy international tracks. Today will be our first time seeing GlobeSonic on the pier. It should be a wild party.