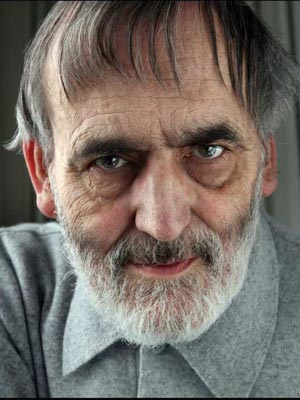 Lachenmann says he believes in “music which, in order to be grasped, does not require a privileged intellectual training, but can rely uniquely upon its compositional clarity and logic.”

The audience will have the rare chance to hear Lachenmann playing 2 of his solo piano works, and he will also be joining Signal as the spoken text soloist on one piece.

Additionally, cellist Lauren Radnofsky (Signal’s executive director) will be playing Pression, a wild 1969 piece for solo cello, The JACK Quartet (which includes violist John Pickford Richards, well known to New York audiences for his work with Alarm Will Sound) will be joining Signal in the ensemble and also performing his most difficult string quartet.

Here’s a video of Lachenmann speaking about his work:

And go to YouTube to see and hear Lachenmann playing his Wiegenmusick, which is on tonight’s program.

This is one of Signal’s biggest projects to date, and is expected to lead to a CD/surround sound DVD release.

It’s also a chance to hear the wonderfully flexible and talented Signal, directed by Brad Lubman, perform Lachenmann’s challenging compositions, which are somewhat different than its typical repertoire.

The evening will also include a discussion with Lachenmann and Yale professor Seth Brodsky. It should be an amazing evening of music.