If it’s a national holiday, it must be time for The Feelies 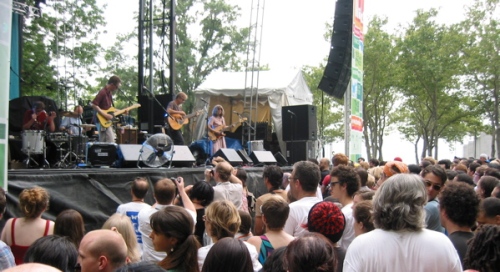 The legend is that The Feelies only played on national holidays. While that’s not quite true — the reunited band has been playing more often than just holidays, even doing an acoustic show at The Whitney Museum last week — the band does like its holiday shows. 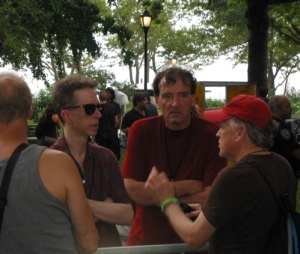 The Feelies' Glenn Mercer and Dave Weckerman talk to a fan in Battery Park.

This year is no exception. The Feelies start at three-night celebration of the Fourth of July at Maxwell’s at 8:30 tonight, followed by 9:30 shows tomorrow and Saturday. They’re promising two sets each night, so it should be a good party.

Tickets are still available here, and presumably at the door for tonight’s show. Friday and Saturday appear to be sold out, but there’s always a chance of an extra ticket at the door. 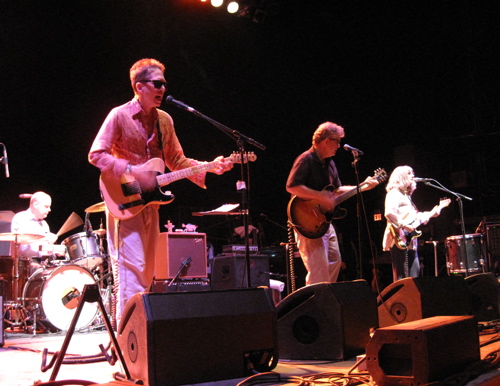 The Feelies open for Yo La Tengo at the Wellmont Theater in Montclair, N.J., on New Year's Eve 2008.