We know what it’s going to be like without Maxwell’s. We learned it pretty clearly at Mexcali Live in Teaneck, N.J., on Thursday, July 18.

Speed the Plough, a very Maxwell’s-identified band, ripped through an excellent headlining set after warmups by Lianne Smith and East of Venus. 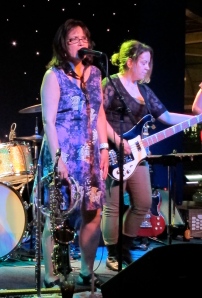 Nobody in the audience crowded the edge of the stage, which is tradition at Maxwell’s. Not there’s anything wrong with that. It just seemed a little alien. But you had the distinct feeling that if you tried to stand in front of the stage, you’d be shouted away by the audience or escorted away by management. So it seemed better to keep a bit of distance.

Only one person in the crowd stood near the front of a rather cavernous room filled with tables, chairs and stools — and he was far, far from his usual front-and-center spot.

Never mind that the sound at Mexicali is crisp and the raised stage provides sight lines that are, to say the least, more audience-friendly than Maxwell’s. END_OF_DOCUMENT_TOKEN_TO_BE_REPLACED 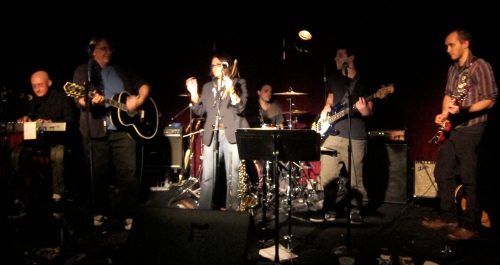 WFMU to broadcast live from the lounge

Even before Maxwell’s closing was announced, Speed the Plough was gearing up get active again. The band, which can trace its lineage back to The Feelies through The Trypes, became active in 2009 after a long hiatus, but has been picking up steam lately in anticipation of a new album — a compilation of some of its long-out-of-print music from the early days plus six brand-new tracks.

But now they’re preparing to say goodbye to the venerated Hoboken club with one last gig there, on Thursday, July 24, as part of a Bar/None record label lineup.