Glenn Kotche revisited: Spectaculs in concert with So Percussion 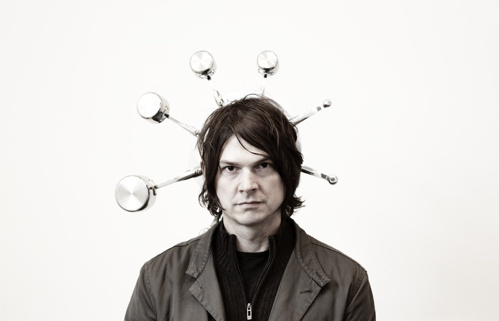 I have to confess that Wilco drummer Glenn Kotche‘s forays into New Music were beginning to rub me the wrong way.

Maybe it was the Delta faucet commercial that set me on edge. I can’t say for sure.

But it had begun to feel to me that he was trying far too hard to prove that he’s not just the drummer in one of the world’s best rock bands. He seemed to be crying out to be taken seriously as a percussionist with depth and breadth as well as great rock chops.

His most recent serious album, “Adventureland” (Cantaloupe Music, 2014), is well done and pleasant, but for some reason it never really grabbed me. Maybe I just wasn’t in the right frame of mind to appreciate it.

When I got the opportunity to attend a concert on Saturday in Zankel Hall at Carnegie Hall the featured some of his work,  I decided to open my ears again.

I’m glad I did. Kotche’s work was a big part of what made the evening a spectacular musical event.

So  Percussion clearly had an enormous amount of fun with the compositions. All of them featured a wide array of drums and myriad other percussion. The first, “Drumkit Quartet #50 (Leffinge, Chicago), kicked off with each member of the ensemble playing a hand-cranked siren, while the third, “Drumkit Quartet #51 (Tokyo, Brisbane, Berlin),” featured Japanese rock band Cibo Matto‘s Yuka Honda (who is married to Wilco guitarist Nels Cline) reciting haiku.

It’s no surprise that So  Percussion knew the pieces well, as the ensemble has recorded a “Drumkit Quartets” album due out Feb. 26 on Cantaloupe.

Kotche joined the ensemble for the world premiere of “Migrations,” a Carnegie Hall commission, that testified dramatically to Kotche’s admiration for minimalist composer Steve Reich with rhythms playfully produced on marimbas struck with fingertips and combs.

A hard-driving “Drumkit Quartet #1,” featuring a strobe-like animated film by Patrick Burns, closed the Kotche section of the show in memorable fashion.

The evening also featured a short piece by composer Steven Mackey, “Before It Is Time,” sung by Shara Worden, a performer and composer who works in rock and New Music like Kotche. (She performs in the rock world as My Brightest Diamond), in its New York premiere.

A 45-minute Worden song cycle, “Timeline” — commissioned jointly by Carnegie Hall and the University of Texas at Austin — closed out the evening. Worden sang and, at times played the guitar, a distracting move that took the focus off of the rhythms and interesting tonal qualities of the percussion, which included a mean steel drum number played by Quillen.