If you missed High Tor on High Tor on Saturday, check out the photos in this report and get yourself to High Tor State Park by 3 p.m. Sunday to see this great play for yourself!

Saturday was a perfect day for a picnic or a play — or both — in High Tor State Park in New City, N.Y.

That’s exactly what nearly 150 people got the chance to do when they got to the park for a free reading of the play High Tor by Maxwell Anderson. If you missed Saturday’s performance, shame on you. But you have one more chance on Sunday.

High Tor is staged under the open sky on the slopes of the mountain whose name it took as its title. It’s a funny, charming play that really hits home about the environment and the question of what’s really important in life.

Judith (Michele Danna) and Van Van Dorn (Nolan Muna) are in love, but she can't accept his decidedly unmodern attitude toward life.

It’s comical and entertaining while dealing with these serious issues. And for anyone who knows the area, it feels authentic, with characters talking about local landscapes and history. 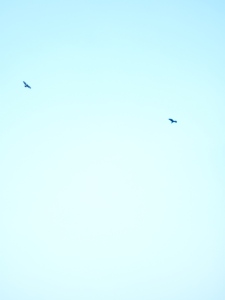 This is the play that helped start a serious movement to by galvanizing neighbors and environmentalists to preserve the peak.  In 1943, after the death of Elmer Van Orden, who owned a huge hunk of High Tor, citizens groups raised the funds to purchase some of the land and turn it over to the Palisades Interstate Park Commission for preservation. Grassroots groups also persuaded millionaire railroad magnate Archer Huntington to donate his adjacent estate of 470 acres to the park commission to the park commission. Decades after High Tor became a state park , 78 acres were added to it as a result of litigation by West Branch to prevent development. These included the Van Orden farm, the actual site of the play. 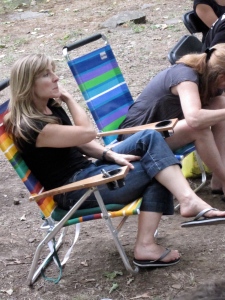 The audience was relaxed.

West Branch Conservation Association, Rockland’s Land Trust, is producing the play to increase public awareness of the threats to open space and to the many artists who have lived and those who still live on and near South Mountain Road, and their work.

More photos and details about his production after the jump.

END_OF_DOCUMENT_TOKEN_TO_BE_REPLACED 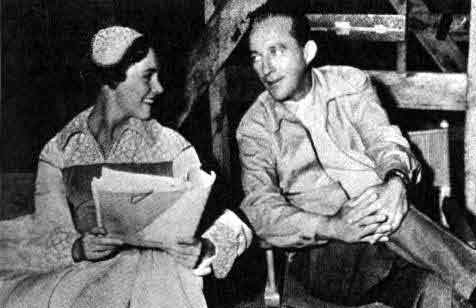 The free staged reading of Maxwell Anderson’s thought-provoking play High Tor starts today (Saturday, Aug. 21) at High Tor State Park — the patch of open space in north New City, N.Y., on the mountain from which the play takes its title.

The 1936 comedy-fantasy, written by a resident of the High Tor neighborhood along South Mountain Road, helped fuel an interest in land preservation in the area that is going strong today.

Click here for a video interview with Terri Thal of the West Branch Conservation Association, Rockland’s land trust, which is producing the play to call attention to open-space preservation issues that persist today and here for a LoHud blog item and photo gallery related to the show.

The free show is being staged at 3 p.m. Saturday and Sunday. Parking is free. Seating is provided. Come early and have a picnic in the beautiful mountainside park. Click here for directions and more details.

Click here for a fun item about the vineyard that once occupied part of High Tor, and some details of the West Branch Conservation Association’s successful battle to save it from development.

In just 10 days from today, on Saturday, Aug. 21 and Sunday, Aug. 22, we’ll get a chance to see a performance of High Tor, a play that really did change the world.

The West Branch Conservation Association, Rockland County’s Land Trust,  is producing two performances of Maxwell Anderson’s New York Drama Critics’ Circle Best Play Award winner for 1937 on the on mountain the play was written to save and from which it takes its name.

Write what you know

The old adage for writing is that you do your best when you “write what you know.” That’s what famed playwright Maxwell Anderson did in 1936.

Maxwell Anderson, left, accepts the 1936 New York Drama Critics Circle Award in 1936, a year before he won it again, this time for "High Tor."

Anderson was a resident of South Mountain Road in New City, an area that had become artists colony over the years, attracting creative folks such as Kurt Weill and Lotte Lenya, John Houseman, cartoonist Milton Caniff — along with Burgess Meredith and Alan Jay Lerner, who lived just over South Mountain in Pomona. END_OF_DOCUMENT_TOKEN_TO_BE_REPLACED