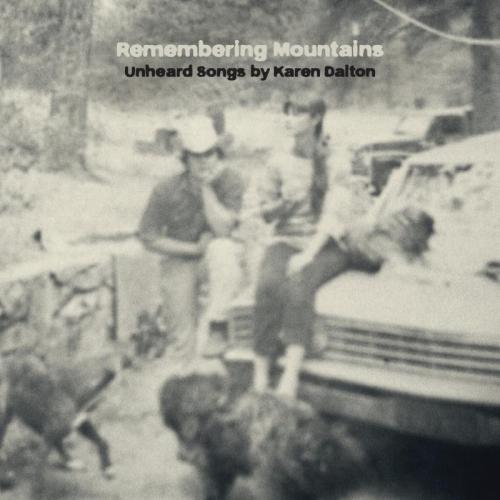 Over the last few years, it seems that every last known recording of the late Karen Dalton — who in recent years has become a role model for women singers, particularly of freak folk variety — has been released, regardless of quality.

Her studio recordings, just two albums, don’t include anything Dalton wrote. Nor, as far as I know, do the three collections of unreleased tracks issued after her death.

More than a few articles about Dalton even say definitively that she never wrote her own songs.

Once again, we see proof that you should never say never.

Tompkins Square Records is about to release an album of songs Dalton wrote, made available by Peter Walker, who handles her estate.

The label, which has done much good work with Daniel Bachman, Bessie Jones, the Imagination Anthem series and other releases, will release the collection on May 26.

The artists were given Dalton’s lyrics, but, with the exception of the title track, no clues to Dalton’s intentions for the melodies or harmonies she intended. Van Etten, who did the title track, had a chord chart to work with.

I haven’t heard any of it yet, but I’ll let you know when I do.

In the meantime, here’s the tracklist:

1) REMEMBERING MOUNTAINS – SHARON VAN ETTEN
2) ALL THAT SHINES IS NOT TRUTH – PATTY GRIFFIN
3) THIS IS OUR LOVE – DIANE CLUCK
4) MY LOVE, MY LOVE – JULIA HOLTER
5) MET AN OLD FRIEND – LUCINDA WILLIAMS
6) SO LONG AGO AND FAR AWAY – MARISSA NADLER
7) BLUE NOTION – LAUREL HALO
8) FOR THE LOVE I’M IN – LARKIN GRIMM
9) DON’T MAKE IT EASY – ISOBEL CAMPBELL
10) AT LAST THE NIGHT HAS ENDED – TARA JANE O’NEIL
11) MET AN OLD FRIEND – JOSEPHINE FOSTER