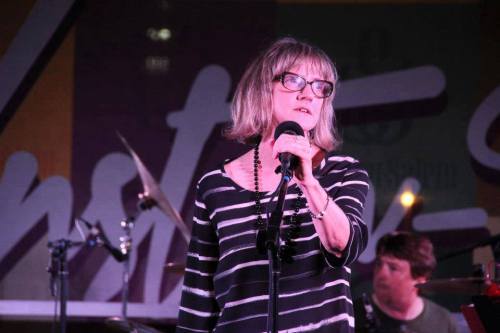 The 59-year-old died of apparent suicide, according to a blog post by David Menconi on the website of The News & Observer in Raleigh, N.C.

Those of us who grew up with Faye also knew her as a sweet, droll and artistic friend who unintentionally served as something of a den mother and big sister to many of the younger musicians in town, myself included. … It is hard to imagine a world without Faye Hunter. We all wish we could have done more to help her, but we couldn’t.

Click here for the full text of Holsapple’s tribute. 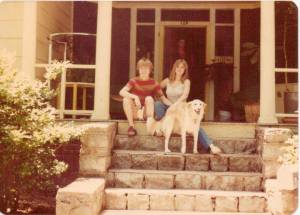 Mitch Easter and Faye Hunter in an undated photo posted to the Fidelitorium Recordings Facebook page.

Fidelitorium Recordings, Easter’s recording studio in Kernersville, N.C., on Sunday changed its profile picture to an old snapshot of Hunter and Easter on a front porch.

The bass player was a role model for many women in rock, including Laurie Stirratt, the former bassist in Blue Mountain and sister of Wilco bass player John Stirratt.

I’m saddened by the death of Faye Hunter. I didn’t know her personally but i was a fan and she was a role model for me. One of the few women bass players around at that time. She was an inspiration. RIP.

Hunter’s self-inflicted death comes on the heels of the April 15 suicide of Scott Miller, 53, the guiding light behind Game Theory and The Loud Family.