From the moment I heard that Suzanne Vega was writing a musical, I was determined to see it. The subject didn’t matter much, actually. 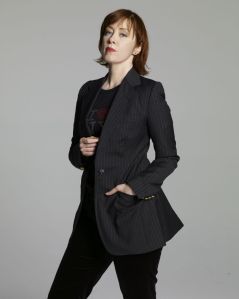 Suzanne and her music were a big part of my musically formative years. She fell off my radar over the last decade or so, but she and her classic songs like “Luka” and “Small Blue Thing” are always lurking in the back of my mind.

It turns out she chose a fascinating subject for the show: Southern Gothic novelist Carson McCullers. Despite her Southern roots, McCullers spent much of her life in New York City and the suburbs, living from 1945 until her death in 1967 in a house on South Broadway in South Nyack, N.Y. She’s buried in Oak Hill Cemetery, just a mile or so northwest of her home.

McCullers wrote The Heart is a Lonely Hunter and many other works that you might have been required to read in school. But just because you had to read them doesn’t mean they’re not great, entertaining works.

Vega has talked widely about how connected she feels to the novelist she brings to life onstage.Check out what she had to say about McCullers in The New York Times.

Then when I found it was playing off-Broadway this spring and that Duncan Sheik, who was responsible for the stunning Spring Awakening, was partnering with her on the music, I was hooked. (It’s funny, back when Spring Awakening was on Broadway, I went to see Sheik in concert and was left rather disappointed. I guess he’s more to my taste as a show composer. His pop performance of his personal songs, like his overexposed “Barely Breathing” left me cold. But I’ll have a chance to reconsider next Wednesday, June 8, when he plays the Highline Ballroom.)

And then my schedule started filling up. I kept meaning to get tickets. And I kept getting distracted — and now time’s almost up.

Read through to the jump for ticket information, including a special discount offer.

Carson McCullers Talks About Love closes after its 3 pm performance on Sunday, June 5. That means as of this writing there are just three shows left before it vanishes, at least for now. (Something tells me that with the positive reviews in The New York Times, New York Daily News and elsewhere — coupled with Sheik’s proven record on Broadway, it’ll be back.)

If you’re not sure whether to check it out now, here’s a taste on video. I’ll be there at for the penultimate performance on Saturday night.