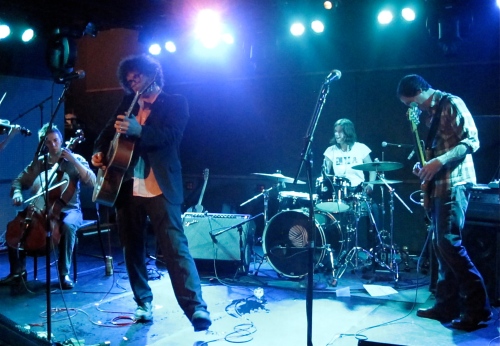 If you don’t know Lucinda Black Bear, you should. Check out “Percival,” a track from the new album, by following this link. The new disk is full of great tunes. And read more about the band right here on Will You Miss Me When I’m Gone?

The melodic, country-inflected folk-rock ensemble is celebrating the new album with a show at 92Y Tribeca, 200 Hudson Street. You can be sure that frontman Christian Gibbs and his stalwart bandmates will rock the house with selections from the great new album (available now on iTunes, eMusic, CD Baby and, of course, at the venue) and old favorites.