Kronos Quartet can and does regularly fill huge auditoriums for its programs. But for its latest appearance in New York City, the ensemble picked Greenwich Village’s (Le) Poisson Rouge, arguably the most welcoming venue for New Music New York City. 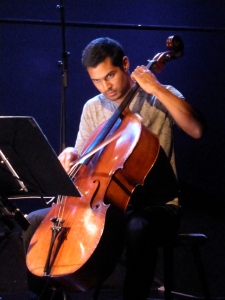 Kronos’ two-night program included a slew of premieres and put the spotlight on many New York-based composers and collaborators, including the super-talented young composer Missy Mazzoli (founder of the hot electroacoustic chamber ensemble Victoire), Bang on a Can founder Michael Gordon, guitarist Bryce Dessner of the bands Clogs and The National (formed in Cincinnatti but now based in Brooklyn) and the Young Peoples Chorus of New York City. 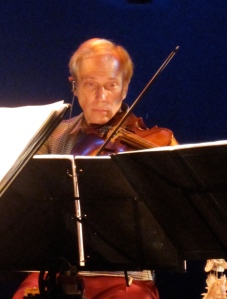 At the Friday show, Kronos kicked off with Dessner’s Aheym (Homeward), which he wrote for Kronos. Mazzoli’s lovely, lyrical Harp and Altar, also composed for Kronos, followed.

The first world premiere of the evening was Aleksandra Vrebalov‘s spell no. 4, for a changing world.

But the most stunning performance moments of the evening came next, when Kronos introduced the Young Peoples Chorus, founded and conducted by Francisco Nuñez. The youngsters entered from the darkened sides of the room shrieking and howling the vocal parts of Terry Riley‘s Another Secret eQuation, which he wrote for Kronos and had its world premiere at Carnegie Hall’s Zankel Hall in March. 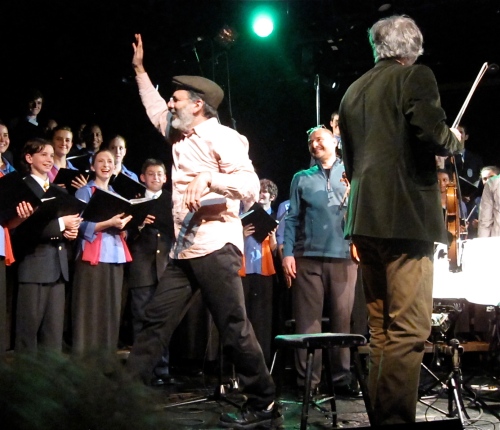 After a brief intermission, the Young Peoples Chorus rejoined Kronos for the world premiere of Gordon’s Exalted, an intensely emotional composition.

Click through to the jump for more words and photos about Kronos and collaborators.

After a set of three pieces arranged for Kronos by longtime collaborator Jacob Garchik, the quartet wrapped up the announced program with the New York premiere of Maria Schneider‘s String Quartet No. 1, whose third movement was particularly skittering and insistent. 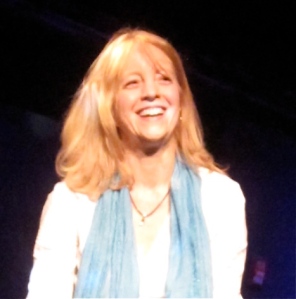 Kronos returned with time for just one encore — they pushed their time limit with a program that ran more than two hours including intermission — with a powerful version of Flugufrelsarinn by the Icelandic band Sigur Rós.

Those smart and lucky enough to get tickets before both shows sold out were in for a rare treat. 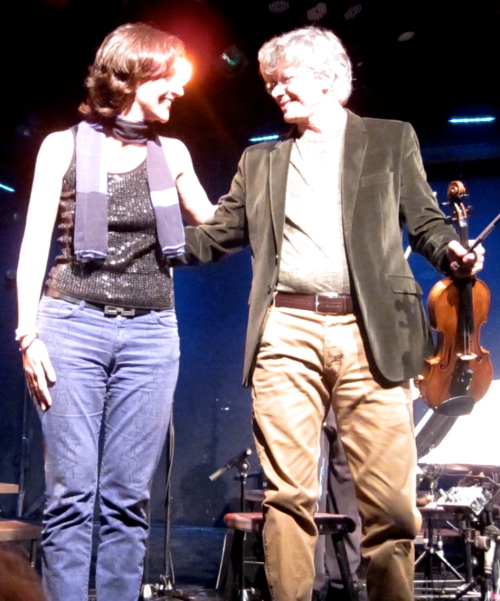 David Harrington and the Youth Chorus of New York City. 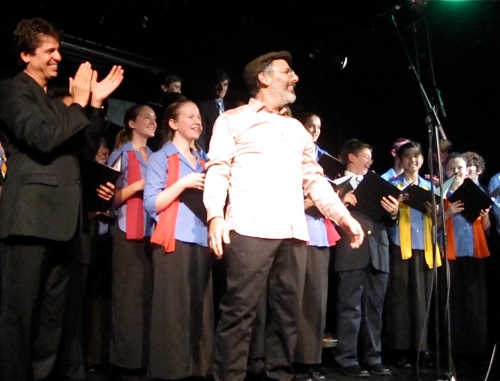 Francisco Nuñez and Michael Gordon with the Youth Chorus of New York City.