Marah and The Madison Square Gardeners rock The Bowery Electric 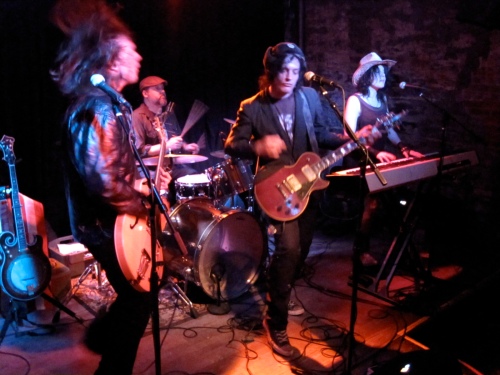 Marah’s personnel may change, but the sound remains solid

Dave Bielanko is the only original member left in roots-rock band Marah. The Philadelphia-area native has always had trouble keeping a stable lineup, though until the 2008 release of Angels of Destruction!, his older brother and co-songwriter Serge Bielanko (click here for his blog) was a constant.

Nowadays the core of the band, based in Brooklyn, naturally, is Dave and South Ozone Park, Queens, native Christine Smith, who’s been with the band for a few years now. It’s pretty clear that Dave is the driving force, because Marah has kept its artistic core through almost every change in rhythm section (except for that brief Britpop detour on 2002’s Float Away With The Friday Night Gods, which was really just an unfortunate product of Dave choosing the wrong producer).

More on Marah and The Madison Square Gardeners after the jump

Dave and Christine, backed by strong rhythm support from Martin Lynds (drums), Bruce W. Derr (guitar) and Mark Francis Sosnoskie (bass), proved it on Friday night, and no doubt will again Saturday, with a joyous, sweaty, almost nonstop set at The Bowery Electric in Manhattan. They ripped through songs from their new album, Life Is A Problem, but also treated the crowd to a lot of back catalog numbers as well.

The Madison Square Gardeners opened with its own brand of poppy roots music.

They put on a great show, but seeing frontman Aaron Lee Tasjan and pedal steel man Rich Hinman together onstage (along with Mark Stepro on bass, Rob Heath on drums and Bryn Roberts on keys) made me long for the return of Megan Hickey (click here for video) and The Last Town Chorus, with which Aaron and Rich each played at one time. 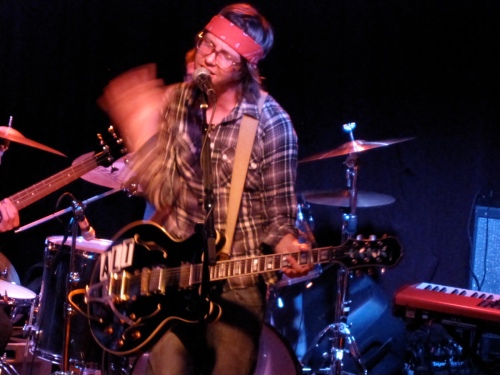 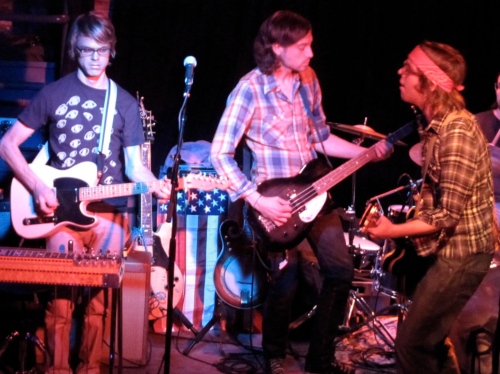