M Shanghai String Band is easily one of the most creative and entertaining old-timey bands in New York City. And there was no shortage of creativity when the big band (counting as many as 12 players at full strength) to the stage of the Jalopy Theatre and School of Music in Brooklyn’s Red Hook neighorhood last Friday night.

Dressed in homemade skeleton costumes, the band played to a packed house, opening for the CD release party of Kelli Rae Powell, a ukulele player. Each player has a distinct personality and all are extremely accomplished, but no one of them seems to hog the spotlight or pretends to be is irreplaceable. I’ve seen them play in various configurations, with smaller forces or at full force through the grace of guest performers, and the band personality always shines through. This is a bunch of players who really enjoy what they’re doing. The result is some of the most infectious original music you could hope to hear.(You may recognize its member from other NYC bands. MSSB has links to The Ukuladies, Babe the Blue Ox, Gloria Deluxe and even the Bang on a Can contemporary music organization.)

Guitarist-vocalists Austin Hughes and Matt Schickele (son of Peter “PDQ Bach” Schickele) and fiddle-saw-washboard player Philippa Thompson took many of the leads on Friday night. Philippa’s rendition of the Austin-penned “Bus Called Cemetery” was particularly effective for the beginning of the Halloween weekend.

MSSB has made three albums, all excellent. But the band needs to be seen live to get the full effect.

M Shanghai String Band’s next performance is at 9 pm on Nov.14, for the latest installment in its monthly Saturday-night revel in the basement of a Williamsburg Chinese restaurant from which the band took its name:   M Shanghai Den, 129 Havemeyer St. (between Grand & S.1st St.), Williamsburg, Brooklyn. Free admission. 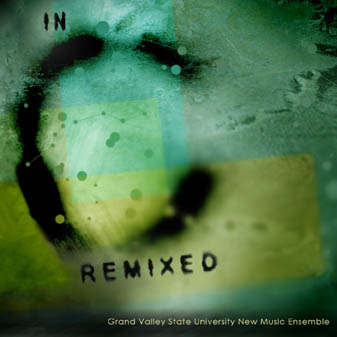 If you’re lucky enough to be in New York City next Sunday, don’t miss out on an amazing opportunity to witness a live performance of one of the 20th Century’s defining pieces of music, Terry Riley‘s In C.

The Grand Valley State University New Music Ensemble is bringing its version of In C to the stage at (Le) Poisson Rouge on Nov. 8 to celebrate the release of its fantastic new recording, In C Remixed.

The GVSU ensemble obviously can’t reproduce the album — which features the recording of the title piece and 18 remixes by some of today’s best sonic manipulators — in a concert setting. But the show will feature live remixing by composer and sound designer Dennis DeSantis (one of the album’s remixers), videos by album remixer R. Luke DuBois, and an opening set by the Slow Boys (comprising digital violin genius Todd Reynolds and bass clarinetist and composer Michael Lowenstern, who also contributed remixes). 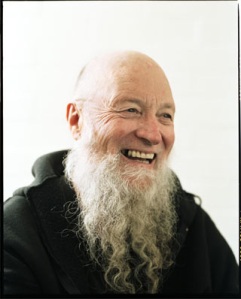 This is a show that requires homework, albeit very pleasant homework. Here’s your assignment:

Before the show — best to do it now — download In C Remixed from your favorite digital music source. (It’s available now at Amazon.com and on iTunes. If you want a physical CD, you’ll have to wait until Nov. 17.)