The Will You Miss Me When I’m Gone? team has no real excuse for missing out on the original incarnation of Os Mutantes— except for the fact that the whole team (that would be me) never went to Brazil, was kept in a cage for most of the Sixties and was only allowed to listen to baseball games on they tiny transistor radio his grandmother gave to him after extracting a promise that he wouldn’t use it to listen to “the devil’s music.”

So it was a revelation when the legendary psychedelic band reunited in 2006 (after a hiatus that started in 1978) and I started listening to the original recordings. The sound was of its time, but not dated, spectacularly playful and inventive. And the reunited band — which at that time included both founding brothers Sergio Diás and Arnaldo Baptista — did not disappoint when I saw them at the Rose Theater at Jazz at Lincoln Center in 2007.

That show was full of pomp and circumstance in a formal theater. The audience was seated, and stayed that way pretty much to the end. Os Mutantes is a rock band, and I didn’t feel I got the full impact sitting through that show, no matter how strong it was musically.

So I was thrilled to see Os Mutantes (with a new lineup, as Arnaldo has left the band and the awesome and earthy Bia Mendes has stepped in as the female singer, replacing Zélia Duncan, a somewhat chillier vocalist who during the early part of the reunion replaced original singer Rita Lee) booked at Webster Hall last Thursday. Although it’s not my favorite place to see a show, at least it was a real rock club, which somehow seemed more fitting for such a rockin’ band.

We were not disappointed. Sergio —  the proud 58-year-old who rocked out like he was half that age — and company put on a fantastic show.

For more photos of Os Mutantes, Brooklyn-based opener DeLeon, and an Os Mutantes video, click through to the jump.

Bia and Sergio steering the band!

Sergio battles it out with guitarist Vitor Trida. 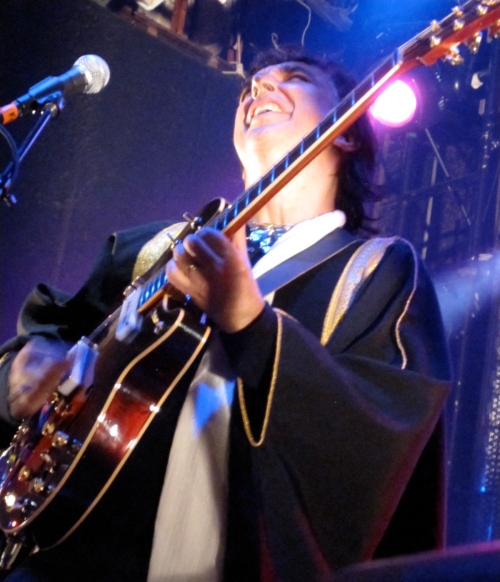 Sergio in a red mood.

Sergio focuses while Bia and bassist Vinícius Junqueira have a playful time behind him. 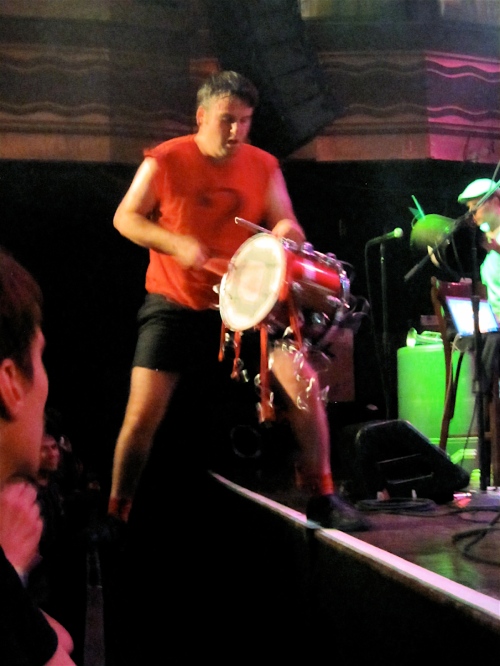 DeLeon performed without drummer Justin Riddle, but he was backstage and would not be denied at least a moment or two in the spotlight.

One response to “Os Mutantes: Mutant music at Webster Hall”