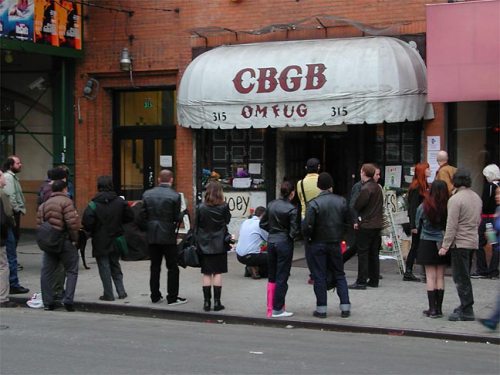 Earlier tonight, the New York Dolls returned to their roots on NYC’s Bowery to celebrate the release of their reunion album ‘Cause I Sez So.

They played a private show (broadcast live on Sirius XM satellite radio’s Faction channel) at the John Varvatos boutique at 315 Bowery. And I don’t quite know how to feel about that. The address may sound familiar to some of you. It’s the longtime address of CBGB’s, a place that the Dolls frequented their first time around, in the Seventies. 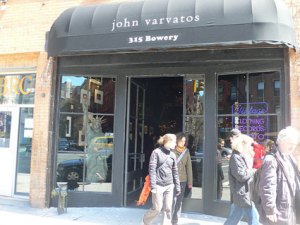 Let me explain. Hilly Kristal opened CBGB in December 1973. It quickly became home to many of NYC’s most amazing punk and punk-influenced bands, nurturing the Ramones, the Patti Smith Group, Blondie, Richard Hell & the Voidoids, Television and the New York Dolls.

In October 2006, after a battle with the landlord over rent increases in the rapidly gentrifying neighborhood, Kristal closed CBGB. And the final concert, by Patti Smith, was broadcast by Sirius satellite radio.

After that, the property sat empty for 18 months, mocking passersby. Then Varvatos opened his shop there.

So consider this: CBGB, a club where the Dolls often played, couldn’t survive.  It was replaced by an upscale clothing boutique, whose fashions would have been rejected by most of the Dolls’ original fan — even if they could have afforded them.

So now, things have come full circle: the clothing boutique is hosting the Dolls in concert. Isn’t it ironic?

I don’t mean for a second to pass judgment. Or even to suggest that CBGB should have somehow been preserved. That battle was fought, and lost, by others more dedicated than I to the memory of what the crusty club once was.

That’s life in  Manhattan, after all, where almost nothing lasts but the memories. And, unlike the physical objects themselves, the memories can last forever and belong to anyone who wants to hold onto them.

The English Beat are ready to rock steady 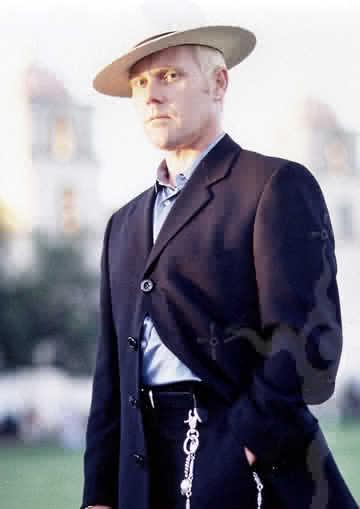 The English Beat, Dave Wakeling’s American version of the original UK 2 Tone band The Beat, makes a three-night stop at Maxwell’s in Hoboken, N.J., next week (May 13-15). If you’re a fan of the infectious, British-style reworking of Ska and Reggae, this is your chance. Although the shows are barely a week off, it looks like tickets are still available for two of the shows.

The first show is $75, but it’s for a good cause. It’s a benefit for the 5P- Society, an organization that supports families with children suffering from a rare genetic defect known as 5P- Syndrome or Cri du Chat Syndrome. And when you consider that the price includes dinner — the food at Maxwell’s is good — it seems like a decent value.

Be prepared for a wild, and lengthy, evening. Maxwell’s writes about the band’s last visit to the intimate club:

Dave Wakeling’s bouncy combo played for over 3 hours their last time in Hoboken, sounding great for the duration. Black and white attire optional! 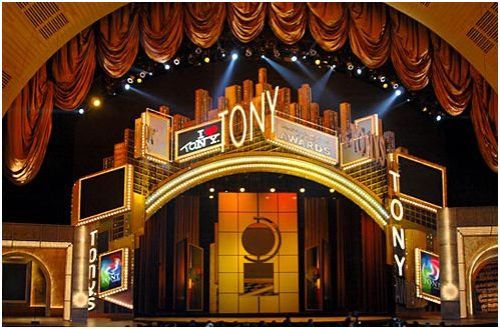 Billy Elliot, The Musical ties the record with 15 Tony nominations, announced this morning in New York. It’s great to see Karen Olivo, who was so spectacular in In the Heights, get a nod for West Side Story. And Constantine Maroulis is proving American Idol wrong every time he walks on stage in Rock of Ages. But how did Daniel Breaker get overlooked for his turn as Donkey in Shrek The Musical?

The nominees in the top categories for the 2009 Tony Awards come after the jump: END_OF_DOCUMENT_TOKEN_TO_BE_REPLACED

Stay tuned for Broadway’s 63rd annual Tony Awards this morning, to be announced by Cynthia Nixon and Lin-Manuel Miranda at 8:30 a.m. from the New York Library for the Performing Arts at Lincoln Center.

Check back at Will You Miss Me When I’m Gone? for the full list shortly after 8:30.