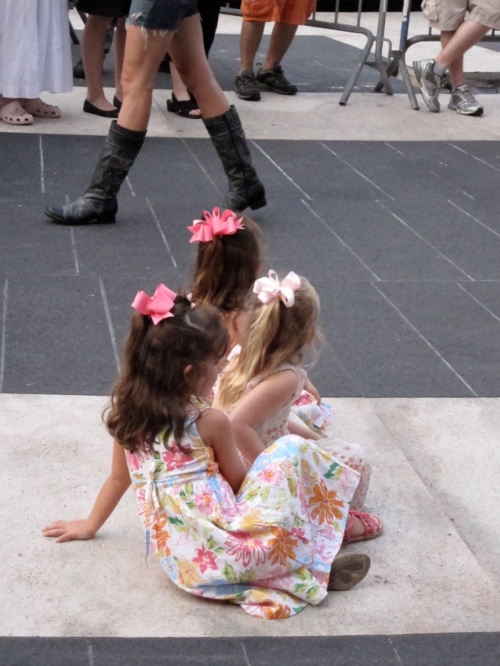 Asphalt Orchestra, the avant-garde marching band created by Bang on a Can, has been incredibly popular so far. Audiences seem to grow as the group moves around the Lincoln Center campus.

But children have been particularly entranced by the band’s performances. But that pied piper quality could have come to grief for three little girls on Wednesday night when a saxophone came thisclose to marching right into the girls.

It could have been a disaster if not for the quick action by Susan Marshall, who choreographed Asphalt’s movements and was there to take a look at how it was working.

Once she noticed the three identically dressed girls were so mesmerized by the band that they didn’t realize they were about to be run over on Josie Robertson Plaza, Susan sprang into action, saving the girls from the boots of saxophonist Peter Hess. 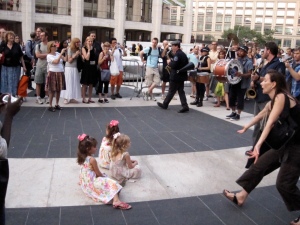 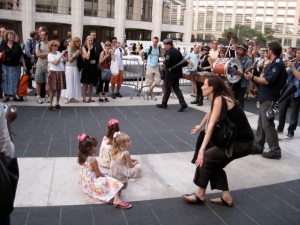 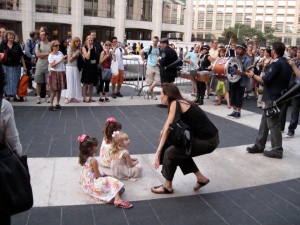 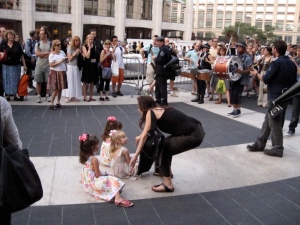 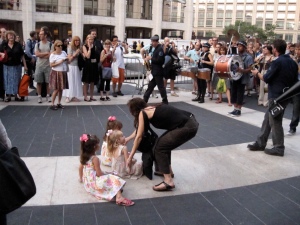 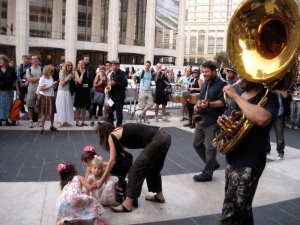 Saxophonist Peter Hooks on a collision course with the girls.

Tagged Asphalt Orchestra, Bang on a Can, Lincoln Center Out of Doors, Peter Hess, Susan Marshall