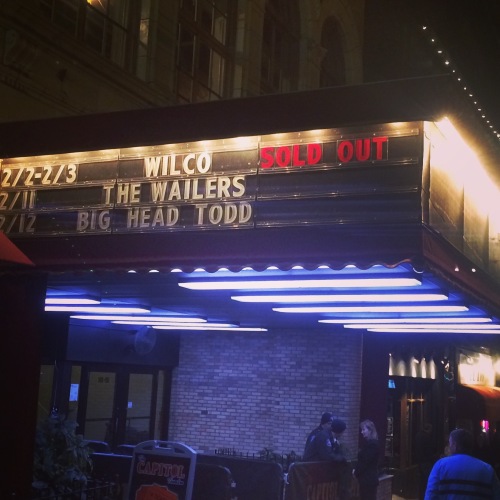 I’ve seen Wilco more than just about any other band. I’m not sure why, it just happened. It seems I can’t get enough of them. Thankfully, every tour seems fresh, because this band is tighter and more spectacular every time it blasts out of the gate.

This tour — which returns to the Capitol Theatre for another sold out show Wednesday, before hitting the far less intimate Kings Theatre in Brooklyn for two more sold-out gigs on Friday and Saturday — rolls out the new “Star Wars” material, like “More,” “Taste the Ceiling,””Random Name Generator,” and the heartbreaking “Where Do I Begin.”

Even so, Wilco’s never a play-the-album band, so there were plenty of favorites from the back catalogue in the show, too.

Photos and setlist on the jump.