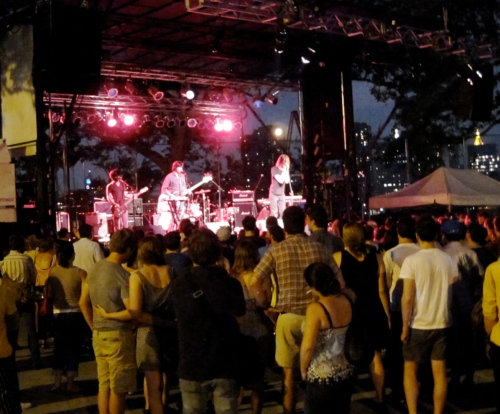 The Northside Festival in Greenpoint, Brooklyn, seemed an odd affair. The music was presented on a small, chain-link-fence-enclosed patch of blacktop on the waterfront at the apex of Commercial and Dupont streets. It was a very unlikely looking place for a music venue.

But looks are often deceiving, and this festival, sponsored by L Magazine, proved no exception to that notion. The Saturday night show, only the second rock show ever hosted at the Newtown Barge Terminal Playground, as the site is officially named, featured Liars as headliners with Fucked Up and High Places as openers. It was fantastic.  The only shame was that so few people came out for it. The venue appeared to be at half capacity at best, even if you counted the freeloaders who took in a virtually unobstructed view from just outside the venue’s fence.

The music was great. Although I went to hear Fucked Up, a Toronto band that is one of the most energetic punk units active today, I was pretty impressed by the other acts as well.

Liars kept the crowd entranced for a long set of noise rock with the vocal stylings of Angus Andrew.

Freeloaders: It was easy to see and hear the whole show without paying a dime.

But Fucked Up really blew the place up, with singer Damian Abraham’s crowd-hugging and can-smashing antics in addition to mind-blowingly fast and loud songs. 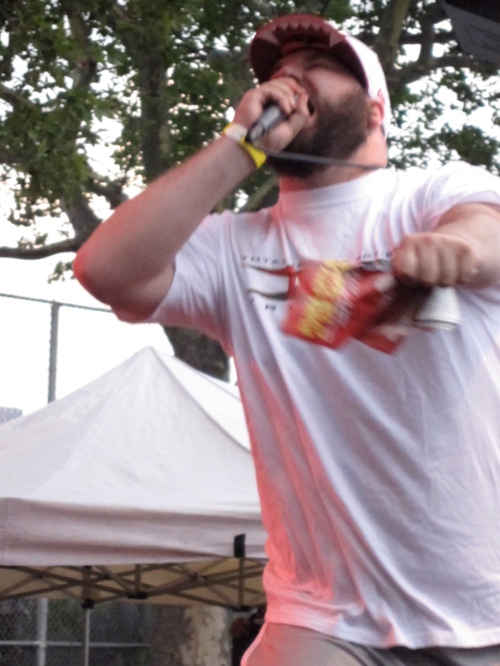 Fucked Up arrives onstage with Damian chewing up and spitting out pages of he Northside Festival program booklet.

Fucked Up on stage.

Damian crushes his first can of the night.

Click through to the jump for many more amazing photos of Fucked Up and the other opener, High Places.
END_OF_DOCUMENT_TOKEN_TO_BE_REPLACED 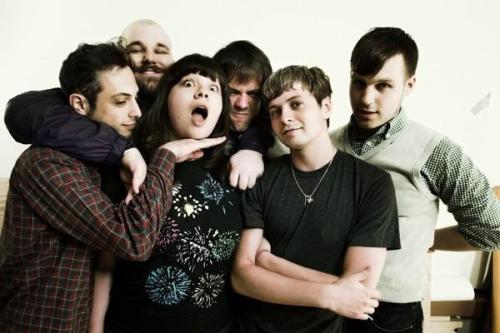 Fucked Up, the Toronto hardcore punk sextet with the name that TicketWeb won’t print in full, was named winner of the 2009 Polaris Music Prize last night. The band snared the prize, which is given for the best Canadian album of the year, for The Chemistry of Common Life. In addition to its prestige, the Polaris Prize comes with a $20,000 award.

“We got frisked on our way in and I said ‘this is gonna suck’,” singer Damian Abraham was quoted in the National Post as saying after hearing that his band had won the prize, “but at least well get a free iPod. Well, we won the Polaris. Its a lot better than an iPod.

Fucked Up plays the Brooklyn Masonic Temple on Nov. 5, performing the album with the help of Andrew W.K. on keyboards and Vivian Girls on backup vocals. Tickets are $18 and available here.