Joanna Newsom is Lisa Simpson — in her dreams!

Freak folk harpist Joanna Newsom may have a voice perfectly suited for The Simpsons. (Okay, I’ll admit we found her sound annoying at first, but we’ve really grown to love her work!) 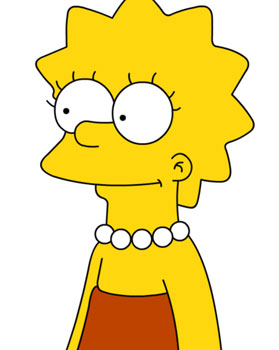 I’m sorry to report that she’s definitely not slated make an appearance on the long-running Fox Network show — despite persistent internet rumors.

Of course, that doesn’t mean she wouldn’t mind if it did happen!

“Regrettably, the awesome rumor of my upcoming cameo on The Simpsons is unfounded,” Joanna announced through her publicist. “I remain, however, steadfast as always in my commitment to the character of Lisa, whom I have of course had the privilege of voicing for the last twenty-one years, in my dreams. Thanks for the memories, gang!”

Although Joanna isn’t making her way to The Simpsons, she definitely knows how to get to Carnegie Hall! She’s appearing in the main room, Stern Auditorium, of the storied New York City concert venue just before Thanksgiving, Tuesday, Nov. 23. Click here for information and tickets.