The Smithereens do it ‘Especially for You’

The Smithereens unleashed their debut album, “Especially for You,” on the world 30 years ago, and the band played it — and much more at B.B. King Blues Club in Manhattan on Saturday night.

The Times Square feels like an odd place to see the band, which formed in Carteret, New Jersey, in 1980. The band seems far more at home in the grungy basement music room of New Brunswick’s Court Tavern. But B.B. King was the place the band booked — it’s become the band’s Manhattan go-to for a number of January shows — so there I went.

The show was superb, despite the questionable venue: great performances, great sound.

Yes, singer Pat DiNizio has been through some tough times and isn’t in the best physical shape. He’s unable to play guitar because of recent Tommy John surgery as well as other procedures to correct carpal tunnel problems.

But the man can still sing. His voice, while a little less flexible than it was 30 years ago, still has that distinctive quality that instantly identifies a Smithereens song, and remains superbly expressive.

Without DiNizio’s guitar, the band brought in keyboard player Andy Burton of John Mayer’s band to fill out the  sound — keys are a surprisingly nice addition, actually. And  guitarist Jim Babjak worked harder than ever to make up for the lack of a second guitar, with a rock-solid beat established by Dennis Diken, the world’s hardest-working drummer and bassist Severo “The Thrilla” Jornacion.

See more photos and info on upcoming shows after the jump. 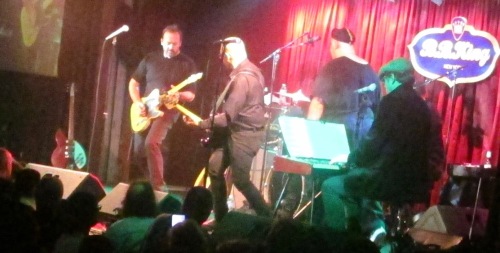 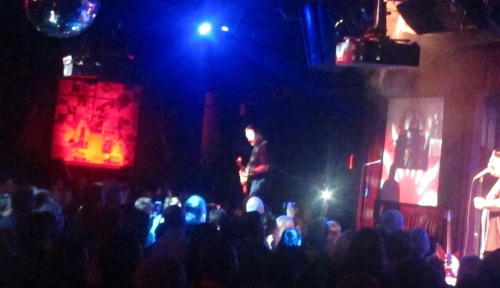 Guitarist Jim Babjak steps out into the crowd gathered for the The Smithereens show at B.B. King Blues Club. (© 2016, Steven P. Marsh/willyoumissme.com)

The band is still going strong, and has a couple more shows lined up this spring in the New York City area, though none are in the band’s home state: 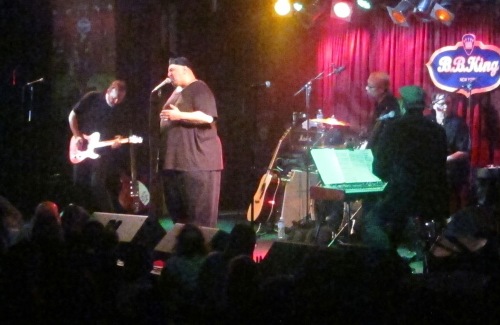 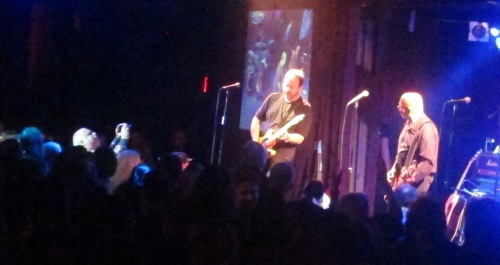