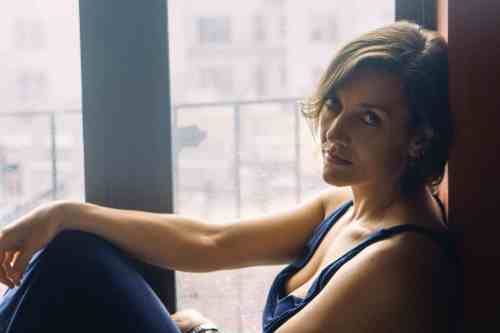 You might think that Jen Chapin simply had no choice but to become a musician.

More than most American families, hers was full of musicians.

While her dad, the late Harry Chapin, may today be the best known of the lot, he was just one of many. Harry and his brothers, Tom and Steve, performed as the Chapin Brothers long before Harry found his breakout fame as a singer and writer of songs like the enduring “Cat’s in the Cradle.” Tom Chapin remains a regular performer and the Steve Chapin Band still plays from time to time as well. (Tom’s daughters Abigail and Lily perform as The Chapin Sisters.) And her grandfather, Jim Chapin, was a big-band drummer.

It’s not a legacy that Jen takes lightly. But it was never a given that she’d find her way through life in music, she told Will You Miss Me When I’m Gone? in a phone interview the other day.

“I certainly wouldn’t say it was genetic imperative” to be a musician, the mother of two says.

“I’m a very political person,” explains Jen. “And I’m very interested in social justice questions. So the obvious thing for me always growing up was like, well, what do I do to be most useful?”

Music was always one possible answer to that question.

But it wasn’t a sure thing from the start. Jen got a degree in international relations at Brown University, and studied abroad in Zimbabwe and Mexico, so things could easily have taken a different turn.

In the end, having lots of relatives in the music business “sort of opened it up and made it tangible” as a career. And that’s the path she followed.

Chapin shows off her musical side when she brings her trio — with husband Stephan Crump on bass and Jamie Fox on guitar — to The Turning Point in Piermont on Sunday for a 4 p.m. show.

Jen describes her music as “urban folk soul,” which may be an accurate description, but fails to adequately imply the seamless way she fuses her influences into a warm, beautiful sound that’s not quite like anything anybody else is doing today.

“I think that term resonates because, for me, folk music has a tradition of searching for community and looking at bigger questions. But also a lot of it traditionally seeks those goals at the expense of musical dynamism. And that’s my own bias, I think. I’m inspired by music that has meaning, but I also like a groove. I like a little rhythmic tension.”

Jen released her first album, Live at the Bitter End,  in 2000, she says the 9/11 terror attacks on New York the following year had a major, lasting influence on her art.

“The way that things have been since then [9/11] has really affirmed for me the need for music and art.

“There’s always the question of whether that’s purely selfish or whether that’s truly useful to society…. [but] I really believe that … art is not a luxury,” she says, referring to a sign her husband has hanging in their Prospect Heights home.

“I believe that Democracy depends on the exchange of ideas, even if they’re trivial, let’s party all night ideals. …

“As an artist, I personally can, in my songs, tell the truth and seek the truth. And that’s the impetus behind my songwriting.

“Not that everything else is a lie… You basically have to be truthful as an artist or else it’s propaganda. …

“Sometimes we don’t know exactly what the answers are, but we ask the questions.”

Jen’s voice, like her father’s, is expressively raw and real. Often vulnerable and girl-like, she can summon plenty of raw power when it’s called for. Part of her sound — especially some of her vocal phrasing, if only unconsciously, show her father’s influence.

But it goes beyond that. She’s not imitating her famous dad — not by a long shot. But her style does have roots in the Seventies that can’t be dismissed as her father’s influence.

She knows where some of it comes from.

“My source of inspiration is more often than not instrumental music and world music and music from Africa and things that come from the jazz tradition and R&B and soul and funk from the Seventies.”

She admits that despite all the support in her life from her family, her music hasn’t always come easily.

“I didn’t enjoy the movie, exactly,” she admits. “Maybe because it was almost too close to home.”

The title character’s struggle with failure was particularly striking to Jen.

“The wrestling, we all go through it. … that sense that all the messages coming back to me are messages that I should quit.”

That struggle is something that comes up, very literally, in the title track of her latest album, Reckoning, which she recorded with the help of 550 backers on PledgeMusic. (Full disclosure: I was one, very small, backer of this project.)  when she sings of how “all of the melodies amplify my fears that my song will not be sung, that my doing comes undone.”

Music is only part of Jen Chapin’s story, though. She also is quite active, like her father, in efforts to eliminate hunger. She is a member of the board of WhyHunger, founded by her father in 1975 as World Hunger Year.