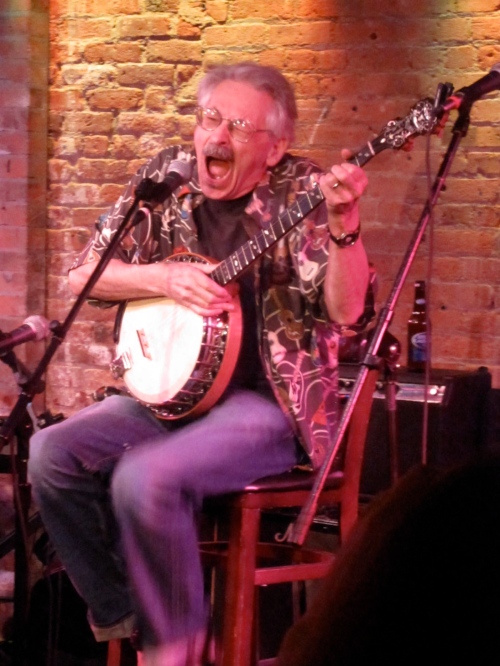 Speaking of the Greenwich Village folk music scene, here’s somebody you won’t see at the IFC Center tonight: Peter Stampfel, one of the singular characters of that musical generation. He’s still making music, though not with his original, and best-known band, the Holy Modal Rounders.

He should be there tonight. But you won’t see him at IFC tonight because he’s going to be very bust in Red Hook, Brooklyn, while the film is showing.

Peter and his latest band, The Ether Frolic Mob (a band with a constantly shifting cast of characters, as far as we can tell), are scheduled to play at the Jalopy Theatre and School of Music, 315 Columbia St., Red Hook, Brooklyn, tonight. Peter’s band is slated to play at 9 p.m., following the Bushwick Gospel  Singers’ 8 p.m. set.

Tickets are $10, available in advance by clicking here and at the door — as long as you don’t get there too late!