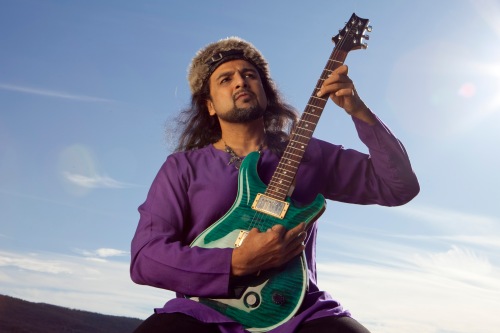 Salman Ahmad was born in Pakistan, but he developed his love of rock and roll during the formative teen years he spent in Tappan, New York, a town in southern Rockland County.

Today, a quarter century after founding the multi-million selling band Junoon in Pakistan, where he returned in his late teens, he’s still making music. Now, more than ever, it’s in service to his humanitarian spirit as much as to his Rockland-born rock and roll heart.

I had the chance to speak with Ahmad by Skype the other day about his life and work.

Though music is his life, he’s also a trained physician. Right now, he’s back in Pakistan, using his celebrity, and a bit of his medial savvy, in the battle to eradicate polio there.

But all the while, he’s looking over his shoulder, because, while he’s a Muslim like most in his homeland, he’s a known target for extremists who don’t like the Western influence he brings with him.