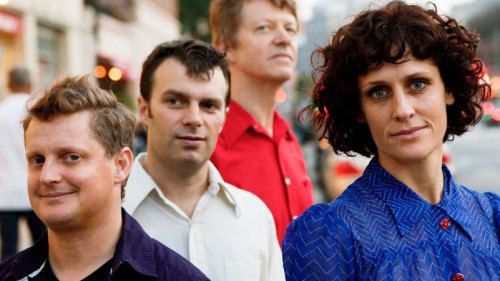 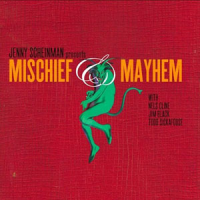 Brooklyn’s own Jenny Scheinman has long been a strong side player, fiddling for lots of rock and pop heroes, from Lucinda Williams, Norah Jones, Rodney Crowell and Carla Bozulich to Bill Frisell, Vinicius Cantuaria and Ani DiFranco. 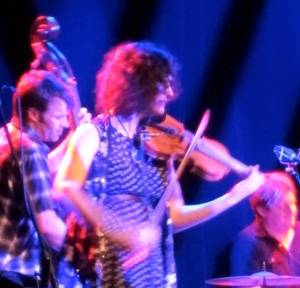 She’s striking out on her own with a new ensemble, Mischief & Mayhem, performing and recording original material. The quartet — Scheinman on violin, Nels Cline (an experimental great, lately famous for his whirlwhind guitar work with Wilco), Jim Black on drums and Todd Sickafoose on bass — are releasing al album, Jenny Scheinman Presents Mischief & Mayhem, on March 6. The very pregnant violinist brought her Mischief & Mayhem ensemble to (Le) Poisson Rouge on Feb. 20 for an advance celebration of its release. 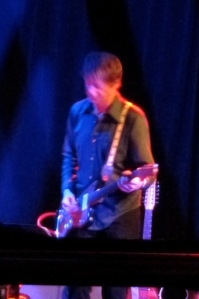 There was no lack of energy, as Jenny led the band in ripping through the new disc’s eight songs, including a powerful imaginary musical road trip with PJ Harvey, “A Ride With Polly Jean.” Jenny was clearly in charge, but she shared the spotlight joyfully with her musical collaborators before a full house at the Bleecker Street basement club.

You can buy the new album, in various bundles including one that comes with an M&M onesie, at Jenny’s Topspin shop by clicking here.

One response to “Jenny Scheinman, pregnant and full of energy, played (Le) Poisson Rouge with her band Mischief & Mayhem”