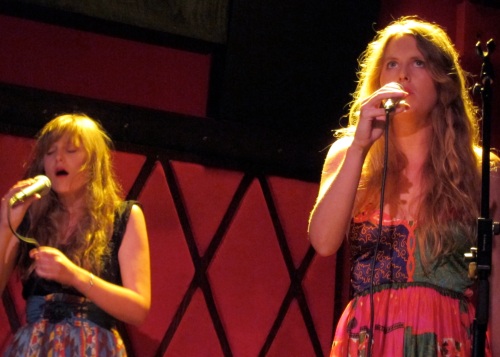 Abigail Rose Chapin and Lily Chapin have been playing as the Chapin Sisters since 2004, when they followed family tradition and started making music as a trio with half-sister Jessica Craven.

That family tradition runs deep. Their dad is popular folksinger Tom Chapin. He and his brothers, Steve and the late Harry, performed as the Chapin Brothers from the late 1950s into the ’60s before venturing into their own musical worlds. The Chapin Sisters’ grandfather, the late great jazz drummer Jim, was also in the Chapin Brothers band for part of its existence.  Their cousin, Jen Chapin, is also a contemporary folksinger.

Abby and Lily grew up in Rockland County, N.Y., which Will You Miss Me When I’m Gone? calls home. Their mom, Bonnie Chapin, even named her longrunning women’s clothing shop in Piermont, N.Y., Abigail Rose and Lily Too, after her daughters. But they got their careers rolling in Los Angeles seven years ago. So while they’ve toured and played the East Coast before, we hadn’t gotten around to catching them live. 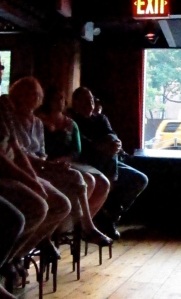 Proud dad Tom Chapin listens from the bar, leaning against the pillar, right.

Last night (Friday, July 15) we got our opportunity to hear the duo at Rockwood Music Hall on Manhattan’s Lower East Side Rockwood Music Hall. And although they have other gigs coming up in the area — one of them just steps from the family home, at The Turning Point in Piermont at 8 p.m. July 19— their proud parents showed up to lend support.

The lightly attended set was a great treat — and far too short.

The sisters have really perfected the vocal harmonies so closely identified with the Everly Brothers and the Louvin Brothers, tackling classic folk themes and timeless relationship-troubles issues in their songs. Both of them have distinctive, strong, well-controlled voices that can come to the fore at a moment’s notice and then effortlessly dive back into seamless harmony. Lily’s voice is the lower of the two, and she’s a more physically expressive performer than her sister, who takes the high parts and has a sweeter, slightly more subdued approach to her performing. 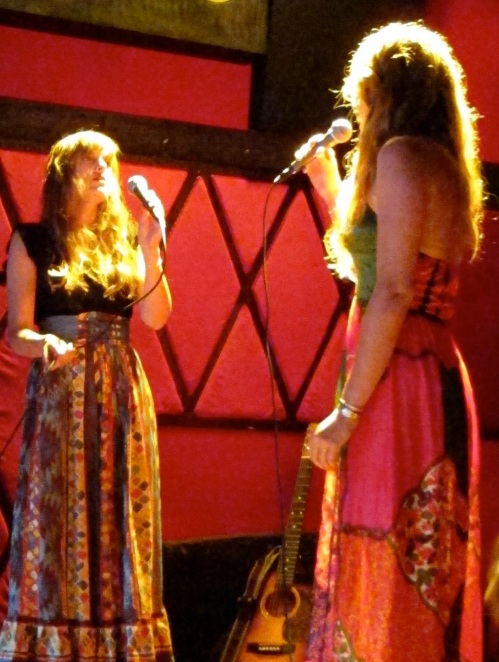 The Chapin Sisters lock in the harmony. 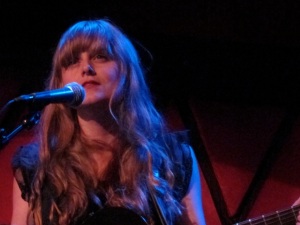 The sisters performed a mix of tunes from their two albums — Lake Bottom LP (2008) and last year’s Two. In a very smart move, however, they threw in one cover tune, the hilarious Louvin Brothers “While You’re Cheating on Me” (hear the original here). They asked the crowd if anybody had ever heard of the Louvins — not surprisingly more than a few had — before launching into a perfectly locked-in version of the tune. It really served to drive home the beauty and power of their harmonies. 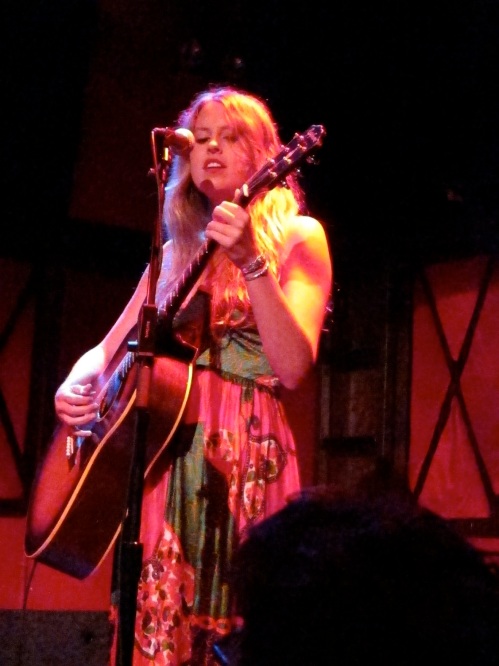 Singer-songwriter Sean Rowe opened the set, proving himself an inventive singer and guitarist. 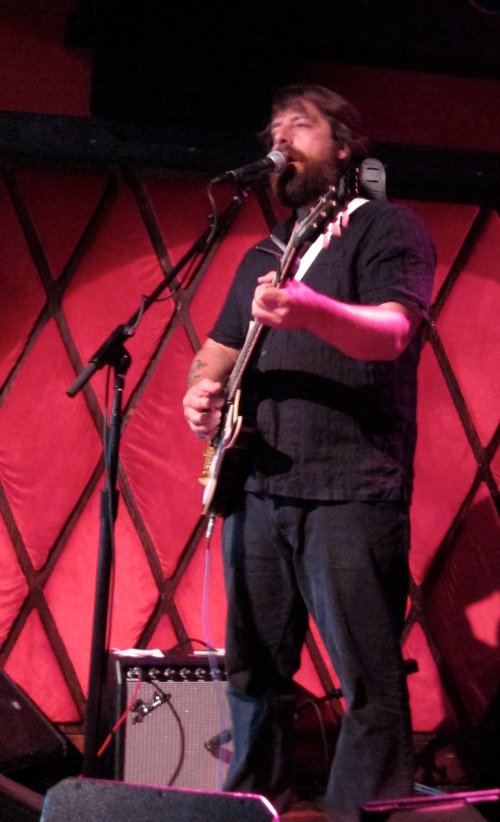