Can The La’s finally make a second album — 19 years later? 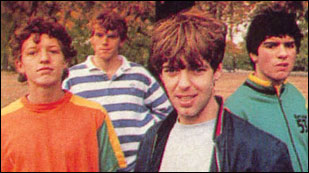 I hope it’s true this time, but if I were a betting man, I wouldn’t wager much cash on the latest reports that the legendary Liverpool pop band The La’s will re-form, tour and finally record a second album later this year.

Frontman Lee Mavers is planning to revive the revered band, whose 1990 hit “There She Goes” made waves with its throwback sunny guitar jangle and its carefree sound, according to new reports. 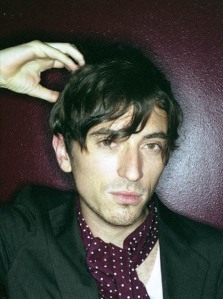 Drew McConnell, bassist for the latest lineup of The La's.

Drew McConnell, the bass player in Pete Doherty‘s Babyshambles, broke the news, saying he’s joined Mavers and they’re looking for another guitarist and a drummer for a UK tour and to record an album that has already been written. Given that Mavers has been playing with Babyshambles lately, none of this comes as a complete surprise. But given Mavers’ history with The La’s, there’s a huge question mark whether any of this information is credible.

There’s no word on whether the planned new album will comprise new material or songs  written for The La’s never-released (and presumably never finished) second album that was started in late 1991. Its failure to drop was credited to the extreme perfectionism of Mavers, the band’s songwriter, singer and lead guitarist, who had complete creative control at that time.

After that album failed to materialize, The La’s disappeared for awhile. The band reemerged in 1995 with a different  lineup, playing some shows before dropping out of sight again. Mavers and original bass player John Power reunited in 2005 for a handful of shows, but no official recordings emerged from that effort.

McConnell’s announcement is raising hopes among The La’s fan base, but even the true believers on the band’s internet discussion board seem skeptical.

This entry was posted in Music, Pop and Rock. Bookmark the permalink.